Tottenham midfielder Dele Alli will miss the start of the new season due to a recurring hamstring problem.

The 23-year-old is set to spend the majority of August on the sidelines, missing the first few weeks of the campaign. Manager Mauricio Pochettino gave the injury update, after Alli missed Tottenham’s final pre-season game on Sunday.

Mauricio Pochettino has confirmed Dele Alli will miss Tottenham's start to the Premier League season due to a hamstring injury.

Pochettino was speaking in his post-match press conference as Tottenham lost on penalties to Inter. After drawing 1-1 in normal time, Spurs were edged out in a penalty shootout, as Antonio Conte’s Inter left London with a win.

It marks the end of Tottenham’s pre-season campaign, which saw them play five games against some strong European opposition. The north Londoners won three games and lost twice, beating Juventus, Real Madrid and Bayern Munich in their summer preparations.

Pochettino said of Alli's condition: “Just 23-years-old and many, many hamstring problems in the last few years. It's to pay attention to what is going on in his body but we are trying to help him. We think it’s a minor injury, only a few weeks until he can be available again and be with the group.” Alli has been suffering from recurring hamstring problems for the last few years, missing 20 games throughout the course of last season. It is the Englishman’s fourth hamstring injury in the last three campaigns, as he continues to struggle with injury.

Alli is likely to be sidelined for the whole of August, though he is hoping to be back before the end of the month. Spurs will be particularly hoping for the midfielder to be ready for the north London derby, when Arsenal host them on 1 September. 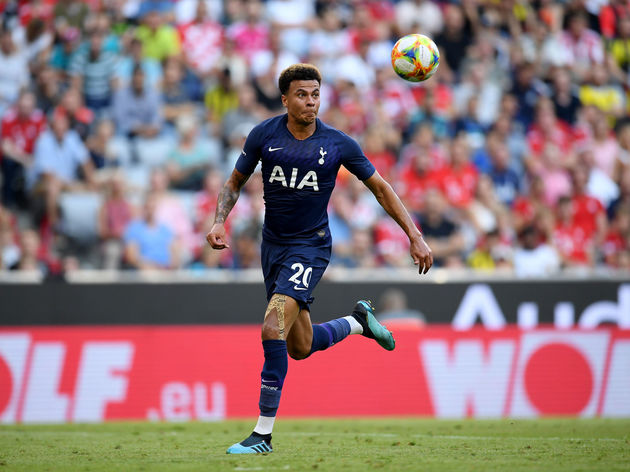 Tottenham play newly-promoted Aston Villa in their season opener, welcoming them to White Hart Lane on 10 August. Spurs then face a tough test against the champions, facing Manchester City at the Etihad on 17 August.