Kean, who made his senior Juventus debut at the age of 16 and became the first player born in the 21st century to play in Serie A and the Champions League, has agreed a five-year contract with Everton that promises to keep him at Goodison Park until 2024.

The versatile youngster is primarily known for great physical attributes and so looks to be a very good fit for the rough and ready world of Premier League football.

He told the club's website: “I am very proud and honoured to wear the Everton shirt. I will give my best to this team. I was convinced to sign because Everton is a club looking to the future and so am I.

"I know about the size of the Club. It has big ambition and I will work very hard to help us fulfil what we want to achieve. I am used to winning and I want to bring this winning attitude to the team. I hope I will be very good on the field and bring the fans joy.” 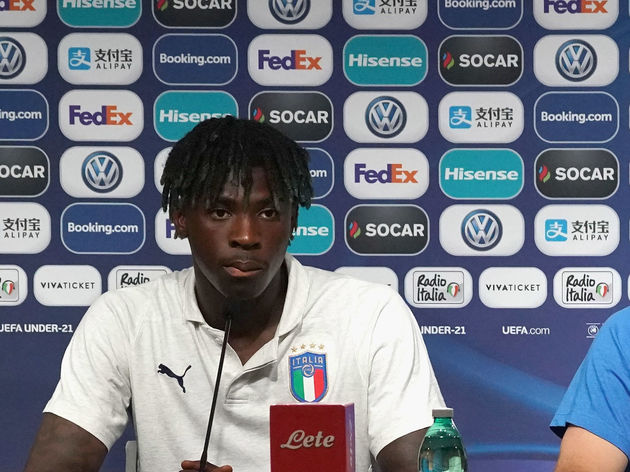 After his first senior steps at Juve, Kean made the loan switch to Hellas Verona for the 2017/18 season in order to get more first team action. He returned to Turin after scoring four times in 20 total appearances and played a further 17 games for his parent club last season.

Having also made his senior international debut for Italy, Kean, who hails from Vercelli in the north west of the country, has netted twice in three games for the Azzurri. Both goals came in Euro 2020 qualifying wins as Italy look to make up for missing out on the 2018 World Cup.