As usual in the Premier League, the revolving door of managers sees familiar faces disappear and new names shuffle into their places.

Frank Lampard, Graham Potter and Steve Bruce take over very different clubs in very different positions who had managerial vacancies for very different reasons. Maurizio Sarri defected to Juventus after failing to win favour with the Chelsea fans, Chris Hughton paid the ultimate price at Brighton after they fended off relegation and Bruce arrived on Tyneside to compound the misery many Newcastle fans felt after they watched Rafa Benitez's strained relationship with Mike Ashley finally reach its conclusion. Meanwhile, coming up from the Championship are Daniel Farke's Norwich, Chris Wilder with Sheffield United and Dean Smith of Aston Villa, all of whom will have survival on their minds as the top flight landscape continues to be nothing but ruthless to newcomers.

All six new managers face major challenges with their clubs and will have to get to grips with their new reality quickly if they are to avoid becoming the latest victims of the sack. But Lampard will surely be wary. Trying to integrate so many young players and a handful of individuals frozen out by Sarri to will be an unenviable task. Ask 15 Chelsea fans what their best starting lineup is and you'll likely receive 15 different answers. It's a ragtag bunch at Stamford Bridge, all held together by a club legend whose mere reputation alone may not be enough to inspire cohesiveness.

This is against the backdrop of Eden Hazard's departure. The Belgian was the jewe At the top of this list is Brighton's goalscoring problem. They registered the least goals of any side that wasn't relegated last season and cannot rely on the unorthodox talents of Glenn Murray forever. However, Neal Maupay was brought in from Brentford towards towards the end of the window.

It's prudent thinking: any of Jurgen Locadia, Florin Andone, Alireza Jahanbakhsh or Maupay have the ability to turn up the heat at the Amex, while Jose Izquierdo needs to return to the electrifying form that characterised Brighton's debut season in the Premier League. If Potter can unlock the potential in any of the attacking players he has inherited, survival looks like a very achievable task.

The 3-0 victory at Watford was an incredibly impressive start, and Potter will look to build on that good result at home to West Ham on Saturday. 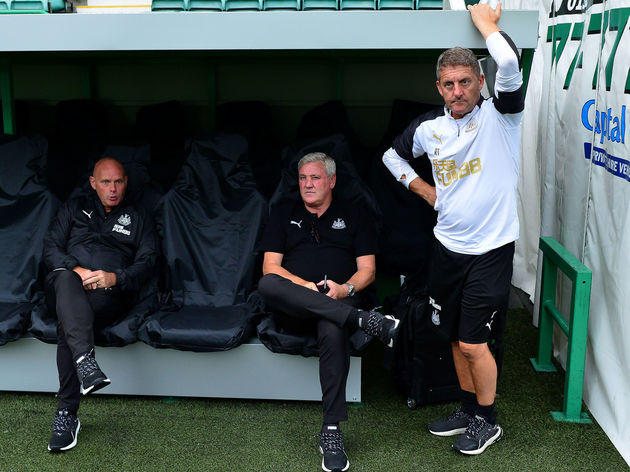 Bruce's first task is to get the fans on side. In terms of reputation, he's far behind Benitez and will likely never gain the same cult following as his Spanish predecessor, but stopping a toxic atmosphere swallowing the club will be crucial to avoiding a relegation battle. He will rely purely on results and the upcoming games against newly-promoted Norwich, Spurs, Watford and Liverpool could set the tone for the rest of the campaign.

There's the added pressure of style of play. Even if the results are positive, an overly-defensive set-up may antagonise fans, even the ones who allowed Benitez to do the same thing without criticism. It could be a very long season if Bruce doesn't connect with the supporters.

Things definitely need to pick up after the 1-0 loss to Arsenal. Not only was it one of the worst games you're likely to see this season, Newcastle were so blunt in attack that you actually worry for them looking ahead. This philosophy, if not reigned in, could possibly be their undoing. The brutal nature of the Premier League has repeatedly shown that teams who once played with cavalier abandon in the second-tier have come unstuck when matched against clubs with a higher tactical calibre and better in-game management. Fulham's blueprint under Slavisa Jokanovic was to continue their same attacking brand after promotion, a plan that fell apart quickly as better opposition exploited their open approach.

Wolves, on the other hand, found a way to retain their identity while tightening up at the back, conceding fewer goals than Manchester United and Arsenal last season. Farke's biggest challenge is to balance his team's inherently febrile DNA with defensive solidity fit for the Premier League. It's a task made all the more difficult when considering the likes of full-backs Jamal Lewis and Max Aarons, two talented players whose attacking instincts frequently outweigh the defensive side of the game.

Norwich did cause Liverpool a few problems last Friday, but they were torn open by the Reds' attacking players with regularity. Work to do for Farke ahead of the clash with Newcastle on Saturday. There's a lot to like about both Chris Wilder and ​Sheffield United. Not only has the Premier League gained another outspoken, colourful manager but they've also acquired a club who, if last season is anything to go by, will scrap and fight for every point. It's an attribute they will need in spades if they are to stay up, with Wilder's side looking short on the necessary quality to avoid the trapdoor. ​

Like Norwich, the Yorkshire club have only a relatively modest budget to work with and were never going to acquire the biggest names with exorbitant price tags. It has left Wilder with the only option but to gamble on attacking players who have yet to convince at Premier League level. Ex-Bournemouth striker Lys Mousset and £20m man Oli McBurnie need big seasons if the Blades are to score enough goals to stay up, but the most exciting venture of Wilder's is providing a home to maverick mischief-maker Ravel Morrison, a midfielder who was tipped for big things but has flattered to deceive throughout his career.

Seeing the clash of personalities between straight-talking Wilder and a player renowned for attitude problems could be one of the more fascinating subplots this season, but far more importantly for United fans it could be a factor in whether or not they stay up. How quickly the manager grapples with his new attacking signings and whether he is capable of moulding them into Premier League talent will be the biggest challenge he faces this season.

Sunday's game with Crystal Palace offers Wilder and United the chance to build on that point picked up at Bournemouth last week. Fulham once again provide the cautionary tale. They also made 12 signings a year ago, totalling over £100m, only to limp to relegation after three managers failed to kickstart the team. Admittedly, it is hard to see a manager as level-headed and grounded as Dean Smith making the same mistakes, but integrating new names in favour of players who got Villa promotion in the first place will test the manager's diplomatic skills.

The new signings also appear much more calculated and logical than Fulham's slapdash spending spree, but it is easy to make such a comment in hindsight. Smith would be best advised to avoid Jokanovic's mistake and integrate the new faces slowly, with the added quality on top of the play-off winners' established squad likely to give them an added edge.

​Villa were seriously impressive in the 3-1 loss to Tottenham last week, only coming undone in the final 20 minutes, and will fancy their chances of picking up a positive result against Bournemouth on Saturday.