​Marcello Lippi is number 11 in 90min's Top 50 Great Managers of All Time series. Follow the rest of the series over the course of the next three weeks.

While Fabio Capello was establishing himself 140km to the east, Juventus' Marcello Lippi was helping to define Italian football in the 1990s thanks to his side's performances in Turin.

But Lippi's glamorous managerial career actually all started in southern Italy, being offered the chance to take control of a cash strapped Napoli team - some players hadn't been paid in six months - where he knuckled down on tactics and man-management in his first major first-team appointment.

were still reminiscing about Diego Maradona's past success at the club by the time Lippi was brought in, although more pressing concerns for those within the club's 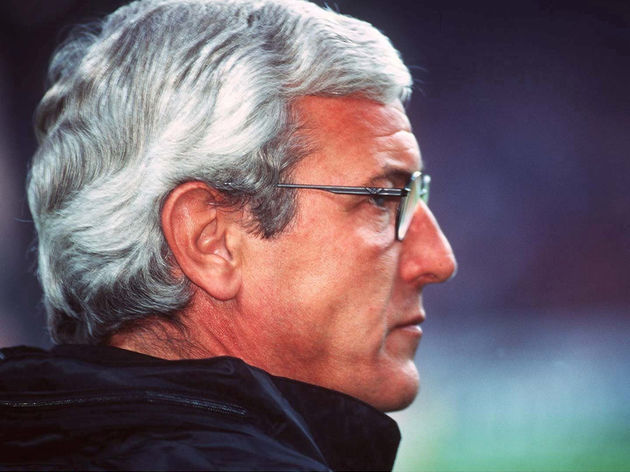 But against the odds and in somewhat of a turning point for Lippi, Napoli qualified for the UEFA Cup.

It eventually turned out that Lippi wouldn't be presented with the chance to take Napoli into Europe, as his work at the Stadio San Paolo had done enough to impress the decision-makers in Turin.

"I only spent a year at Napoli but something very magical happened, something very few could understand," Lippi told Serie A. "An incredible bond was formed while I was there, it felt like I had been there for a decade.

Marcello Lippi's all time best XI! What a team this would be! 

"People used to warn me against betraying the Napoli fans, but I never betrayed anyone, how could I turn down the chance to coach a team like Juventus?"

Lippi, who by all means had the mentality of a winner even if he didn't have the CV, was appointed by Juventus in 1994 and immediately won a domestic double, also reaching the UEFA Cup final where they ultimately suffered a 2-1 defeat to Parma - Dino Baggio (no relation to Italian legend Roberto, unfortunately) scored twice for I

Lippi spent nine of the next 10 years with Juventus - he also had an underwhelming fling with Inter during the 1999/2000 season - where he lifted a total of 13 major honours with the Bianconeri. 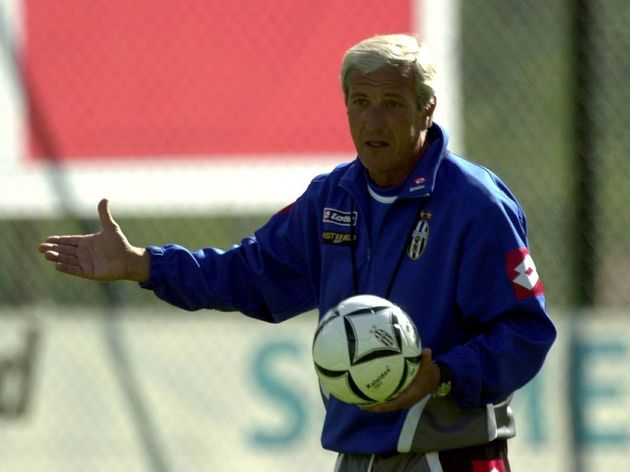 But after a decade at club level, Lippi was offered the job in Italian football; coaching the national team.

Like Juventus, Lippi went on to have two separate spells in charge of the Azzurri, but it was just three days before he walked out of the Italian Football Federation's (

Andrea Pirlo chances his arm from distance and picks out the bottom corner. Vincenzo Iaquinta adds a second late on after rounding goalkeeper Richard Kingson.

Fun Fact: Daniele De Rossi would become the second 2006 World Cup winner to move to the Argentine Primera if Boca confirm his move. The first was Mauro Camoranesi who went to Lanús

Group Stages Matchday 2 (vs. United States) - It's a perfect start for the Azzurri as Alberto Gilardino heads home Pirlo's free-kick, but within a few minutes the game turned on its head as Cristian Zaccardo scored an own goal, while Daniele De Rossi was sent off. The US' Pablo Mastroeni and Eddie Pope were also sent off, either side of half-time.

Group Stages Matchday 3 (vs. Czech Republic) - It was Marco Materazzi - an early substitute for the injured Alessandro Nesta - who broke the deadlock with a towering header. Things were made that much easier for Italy when Jan Polak was sent off, and Filippo Inzaghi notched his first of the competition late on.

Last 16 (vs. Australia) - A game that caused a s*** load of controversy, Italy couldn't convert any of their chances and in the end had one hand tied behind their back when Francesco Totti dispatched.

Quarter-Finals (vs. Ukraine) - Italy needed an easier ride after the nail biting finish against Australia, and Gianluca Zambrotta's left-footed strike early on against Ukraine ensured that the Azzurri already had one foot in the last four. Luca Toni added two goals in the second half - a header and an open goal, because of course it was - to round off a comfortable win.

Semi-Finals (vs. Germany) - Playing against the hosts and pre-tournament favourites at Dortmund's Westfalenstadion was never going to be an easy job, but Italy were able to survive the opening 90 minutes and it looked like the game was going to penalties. But then, with 119 minutes on the clock, Grosso fired a curling effort bast Jens Lehmann to secure a late win. There was just enough time for Alessandro Del Piero to make the scoreline look more presentable with his first goal of the World Cup.

During the 2006 World Cup, Germans' risk of heart attack was doubled when their team was playing.

Final (vs. France) - While this Azzurri side are remembered today for their success at the World Cup, they showcased exactly how not to start a final by conceded a penalty inside seven minutes, which Zinedine Zidane scored with the most outrageous panenka. That lead didn't last long, however, His heyday is behind him and memories of his past success are now being taped over with new ones.

But Lippi is one of the few managers in history to have inspired not one but two different generations of fans, as well as putting his former players (Antonio Conte,