​Former Barcelona, Juventus and Paris Saint-Germain full-back Dani Alves has officially sealed a return to his native Brazil after joining Sao Paulo, where he has signed a contract until 2022.

At the age of 36, Alves returns to Brazilian club football for the first time since 2002, leaving first professional club Bahia for Europe and Sevilla 17 long years ago.

The heavily decorated veteran, who has won multiple trophies at every European club he played for, including league titles in Spain, Italy and France, as well as three Champions League titles, had been linked with various clubs before choosing Sao Paulo.

"Daniel Alves is the embodiment of what this management envisions for Sao Paulo," the Sao Paulo chief told the club's official website.

"One of the leading players in the world and recognized for his immense professionalism, his fierce determination and his endless thirst for titles and victories. He is also a socially engaged citizen. and passionate about our country. 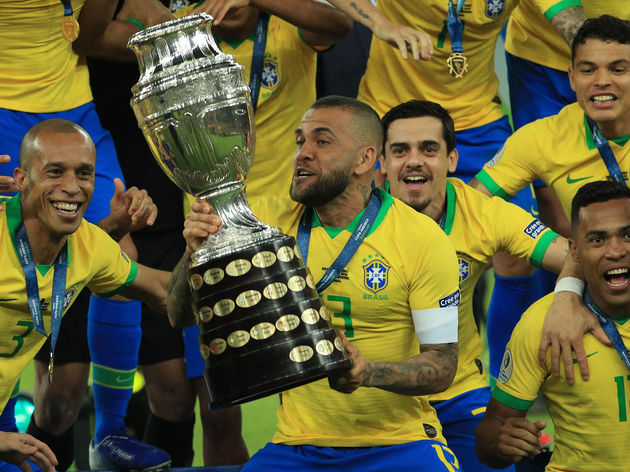 "Sao Paulo, therefore, wins on every possible front. One day I told Daniel that he would come to play at Sao Paulo, the club in his heart. I have the immense joy and pride to have kept that promise."

Alves is officially the most decorated player in history after winning 40 trophies at club and international level, the most recent being the 2019 Copa America with Brazil earlier this month.

He has also been named in the FIFPro World XI on eight occasions in the last 10 years.