After a summer break, the Premier League is finally close to returning to our screens, with this Sunday's Community Shield between Liverpool and Manchester City signifying the calm before the storm.

On paper, little more than a fancy plate will be on offer at Wembley Stadium, but, in reality, the opportunity for early bragging rights between the two pre-season favourites will be a pretty valuable commodity going into the campaign proper. 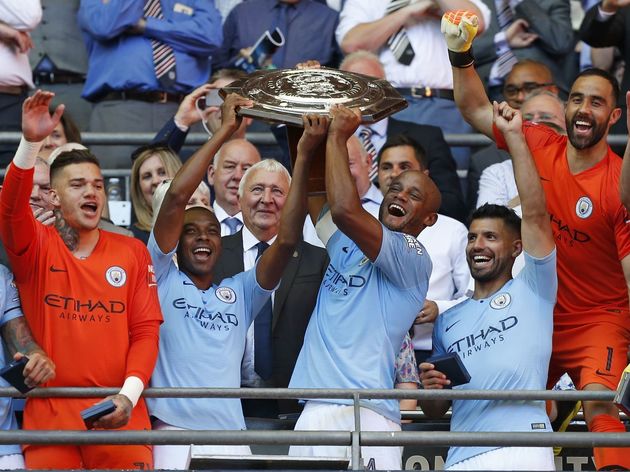 Here's what you need going into this quasi-competitive grudge match between last season's Champions League winners and the domestic treble winners:

Recent days have seen a return to training of many of the Reds' absentees, including Roberto Firmino, Mohamed Salah and Alisson, who had all been granted extra holiday following their international exploits over the summer, alongside Xherdan Shaqiri and Naby Keita, who had been recovering from injury.

Great to be back, ready to go! pic.twitter.com/oP8HtnD3wr

Fortunately, all five were able to gain some pre-season minutes during the 3-1 win over Lyon on Wednesday night.

Meanwhile, as far as Pep Guardiola is concerned, the City dressing room is a healthy place, with only Benjamin Mendy currently sidelined with another pesky knee issue, and Sergio Aguero, Nicolas Otamendi and Gabriel Jesus all back from their travels.

With 15 Shields to their name, Liverpool go into Sunday's clash as the second most successful club in the competition's history, behind Manchester United with 21, and will be playing the Citizens for the first time in the encounter.

City have won the Shield five times, and are the current holders following last year's 2-0 win over Chelsea. They are similarly inferior when it comes to their overall record against the Reds, with just 55 wins from 213 games, compared to Liverpool's tally of 104.

There have been 53 draws.

Yes, of course, reading too much into pre-season is a cardinal sin, but with that said, let's look at the recent form of both teams! And, yeah, to be honest, it's quite stark.

⚡️ @aguerosergiokun and @gabrieljesus33 back in town!

While City have lost just once in four games, and that was after a penalty shootout, the Reds have won just one game against non-League Two opposition (having beaten both Tranmere and Bradford City at the start of the summer).

Here's a look at the last five results of both sides:

Having been full-strength for longer in the lead up to the game, more active in the transfer market and generally in possession of a greater squad, City are favourites to retain the 'coveted' trophy. However, Jurgen Klopp's side have always been the thorniest team in England for Pep Guardiola, and the return of Alisson (gaffes and all), Salah and Firmino will be undoubtedly galvanising. Ultimately, though, the absence of Sadio Mane could bear more significance.