Matt Busby is number 12 in 90min's Top 50 Great Managers of All Time series. Follow the rest of the series over the course of the next three weeks.

These days, United are the one of the biggest clubs in the world, a truly iconic football institution and one of only five to have completed the set of all three major European trophies.

Back when Busby, an ex-Manchester City player and Liverpool captain, was appointed at the end of the Second World War in 1945, the club was just 14 years removed from almost going out of business for a second time and had spent much of the 1930s in the Second Division. Having been rescued from bankruptcy in 1902 by four local businessmen each investing £500, a move that prompted the name change from 'Newton Heath' to 'Manchester United', the club was saved again in 1931 when James W. Gibson invested £2,000 and assumed control.

The late 1930s also saw the birth of something that would not only soon come to define the Busby era in the immediate decades that followed, but every subsequent chapter in the club's history, as well as those yet to come - the launch of Manchester United Junior Athletic Club.

Arriving at the end of the global conflict that saw club football in England put on hold for several years, Busby fully bought into the newly established approach of scouting young talent from all over the United Kingdom and Ireland, with United committed to developing their own players at a time when buying and selling older more established players was the norm for most.

Busby immediately benefitted. His first club captain Johnny Carey had been scouted in Ireland and joined United aged 17 in 1936, while forwards Stan Pearson and Jack Rowley, the latter still fourth on the club's all-time goalscorers, joined at 16 and 19 respectively around the same time.

Charlie Mitten and Johnny Morris, who along with Pearson, Rowley and Scottish winger Jimmy Delaney were part of Busby's 'Famous Five', had also been scouted as teenagers in the late 1930s. Defenders John Aston Sr. and Allenby Chilton were similar stories, and all were part of the 1948 FA Cup winning side, Busby's first trophy as a manager and United's first major silverware since 1911. 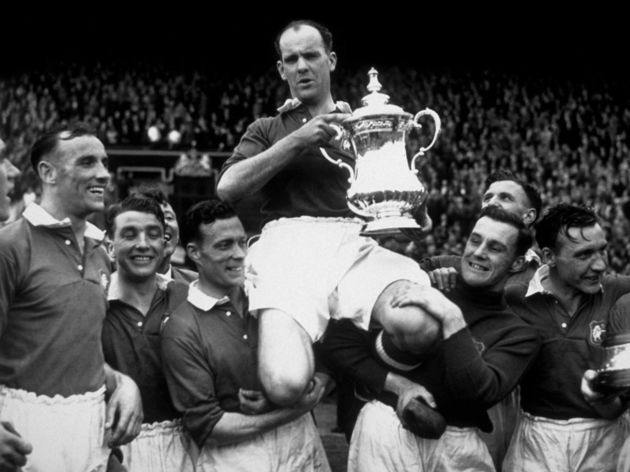 In four of the first five seasons of post-war football, United finished second in the First Division, having previously finished no higher than ninth since 1913. In the sixth season, Busby's United were crowned champions of England. This was the first of his three great teams at Old Trafford.

When Busby was appointed back in 1945, he insisted on a longer contract than the club was initially offering, knowing success required time and patience. He also demanded the authority to appoint his own staff, act on his own judgement and generally run every aspect of the footballing operations on a scale not seen before - the birth of the 'omnipotent manager' model that Sir Alex Ferguson would also follow half a century later.

Above all, Busby knew how to lead and how to manage. He knew what made each of his players tick and would shield them from harmful criticism after a poor performance, feeling it a waste of time to read the newspapers in such circumstances.

"He knew the names of everybody's wife, their children and their parents, and he would frequently enquire after them," said Denis Law in his 2003 book, 'The King'. That is a quality Ferguson also alluded to in his own 1999 autobiography 'Managing My Life', and something he too was later famed for. By taking such an active interest, making it personal and gaining the trust of his players, Busby was able mould individuals who simply revered him, bought into his teachings on the pitch and would give everything for him and the United shirt they wore.

In 1991, Eamon Dunphy wrote that even the greatest players craved Busby's 'attention and affection', and that his sheer presence would make top athletes feel 'inadequate'. His players wanted nothing more than to please him and that's what made his teams so successful. 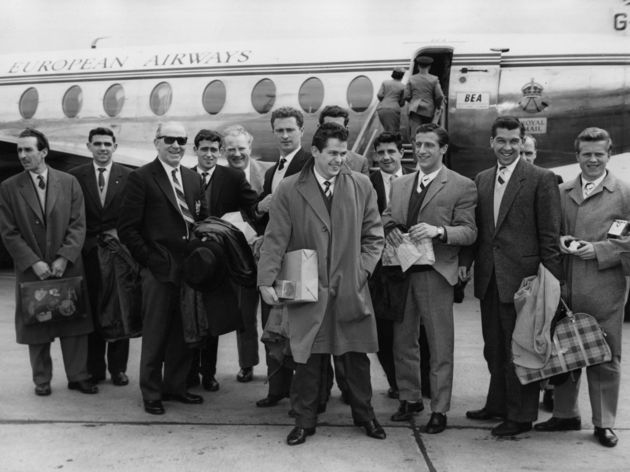 Furthermore, in his second autobiography in 2013, Ferguson referred to United as 'a club which bases all its history and its tradition on the loyalty and trust between managers and players and the club', something he pointed out 'goes back to the days of Sir Matt Busby.'

It was one of Busby's many legacies at Old Trafford, one that has continued to define the club. So too was his vision for vibrant, attacking and entertaining football - 'the United way', as it has become known, and something that has all too sadly been lacking from the club in recent years.

Sir Bobby Charlton recalled in his 2007 autobiography 'My Manchester United Years' that Busby preached it was a footballer's 'duty' to entertain, 'to provide a little spark, a little colour, for the men and women who come to Old Trafford at the end of a working week.'

Following his early triumphs at United and the growing success of the club's scouting and youth team operations, so wonderfully overseen by great friend and assistant Jimmy Murphy, Busby was able to take things to the next level in the mid 1950s. 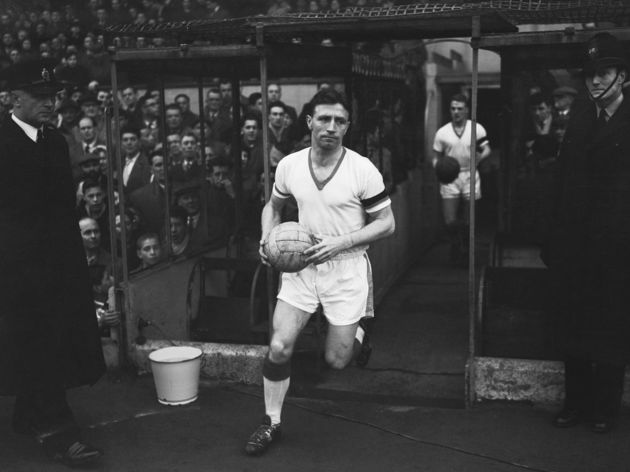 The decade saw players like Duncan Edwards, Mark Jones, Liam Whelan, David Pegg, Eddie Colman, Dennis Viollet, Bill Foulkes and Bobby Charlton emerge from the youth ranks, players found on playing fields from Manchester and beyond. New captain Roger Byrne was another, breaking into the first team during the 1951/52 title season and becoming a near ever present.

Despite a commitment to player development, Busby was famously never afraid to spend money when it was warranted. A 21-year-old Tommy Taylor was bought for a vast sum of £29,999 in 1953 and was quickly a prolific goalscorer. Busby also spent a goalkeeper record fee on Harry Gregg in 1957 and several years later a British record £115,000 on Denis Law in 1962.

The 'Busby Babes' formed the core of United's title winning sides in 1955/56 and 1956/57 and were one of the most exciting teams, not just in England, but all of Europe. Continental competition was obviously the next step, and where Chelsea had declined participation in the inaugural European Cup in 1955 after FA and Football League objections, Busby defied similar orders and took what was now his second great United team into brand new territory abroad. As English champions, United reached the semi finals of the 1956/57 European Cup, with the young side only losing to title holders Real Madrid. They were to reach the last four again the following season after beating Red Star Belgrade in the quarter finals, but unthinkable tragedy struck on the journey home during a refuelling stop in Munich.

Despite being close to death and spending many weeks in Munich's Rechts der Isar Hospital, Busby survived the Munich Air Disaster in February 1958. But it broke his heart that eight of his players, three of his staff, eight travelling journalists and two other passengers did not.

The aforementioned Jones, Whelan, Pegg, Colman, Byrne and Taylor, as well as Geoff Bent, were killed instantly. Edwards, a player who stood every chance of becoming one of the all time greats had his life not been ripped away, survived the crash but died 15 days later in hospital.

As the one who had insisted on venturing into Europe, Busby was devastated. He wanted to retire, but was persuaded to carry on so that those had lost their lives had not done so in vain.

Loyally served by survivors Charlton and Foulkes in particular, Busby set about rebuilding, staying true to the principles that had served him so well. George Best was discovered in Northern Ireland aged 15 in 1961. Law was a big money buy from Torino, and Charlton went from strength to strength. All three would win the Ballon d'Or in the 1960s as the club rose from the ashes of Munich.

By 1968, ten years had passed since the tragedy. United had twice been crowned First Division champions and were in a first ever European Cup final. This was Busby's third great team. Like the others, it was filled with home grown players that had been developed at Old Trafford.

Alongside Charlton, Best and Foulkes; Nobby Stiles, Shay Brennan, Tony Dunne, Brian Kidd, David Sadler and John Aston Jr. where all teenagers when United found them. Together they and Busby lifted the European Cup, the first English club to be crowned champions of Europe. Knighted in 1968, Busby announced his first retirement a year later, returning briefly in 1970. He had built three exceptional Manchester United teams, each one achieving a little bit more than the one that preceded it. He had taken the club from abject mediocrity to the pinnacle of football at home and abroad, setting in stone an unmistakable identity and a legacy that has served the club ever since, and will continue do so for many more years still to come.

Number 13: ​Carlo Ancelotti: Football's Most Loveable Eyebrow in the Words of His Players