AC Milan have confirmed the signing of Rafael Leao from Lille, with the forward signing a five-year deal.

Leao, who joined the French side from Sporting CP last summer, made 26 appearances across all competitions for Lille last season, netting eight goals and providing two assists.

In an ​official statement, the Serie A side confirmed: "AC Milan is delighted to announce that the Club has reached an agreement with LOSC Lille for the acquisition of Portuguese forward Rafael Alexandre da Conceiҫão Leão.

"The 20-year-old attacker joins the Rossoneri on a five-year deal."

Though no fee was disclosed in this statement, it is understood that the Italians will be paying around €30m for the youngster.

With no quotes from the Portuguese Under-21 international as of yet, the ​Rossoneri then offered a brief refresher of the player's career up to now, explaining: "Born in Almada (Portugal) on June 10th 1999, Rafael Leão joined Sporting CP youth teams before making his début with the First Team in 2017 recording five appearances, scoring two goals and winning the Taҫa da Liga. 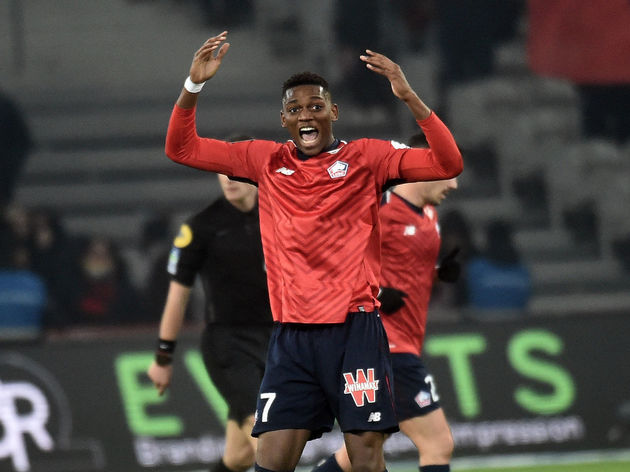 "In summer 2018 he joined LOSC Lille, in France, with whom he scored eight goals in 26 matches. He has also played with Portugal’s youth national teams starting from U16 up to U21 and won the UEFA European U-17 Championship in 2016."

Leao joins just a few days after it was confirmed that Patrick Cutrone would be leaving the club permanently in a £16m deal to Premier League side Wolves.