19-year-old Kean, who became the first player born in the 21st century to appear in both Serie A and the Champions League back in 2016, looks set to imminently join Everton in a high profile transfer starting at £27.5m and rising to a potential £36m. But 90min understands that Raiola, who represents Kean and has frequently done business with United in the past - Zlatan Ibrahimovic, Henrikh Mkhitaryan and Paul Pogba are among his clients - offered the youngster to Old Trafford club. United decided against it, paving the way for the player to join Everton.

Juventus believe they are getting a great deal from Everton, with the reigning Serie A champions not convinced about Kean's long-term future. They simply do not see the teenager developing into a top class forward.

To date, Kean has played 41 senior club games in his career and has scored 12 goals. He has also played three times at senior international level for Italy since last year and has netted twice in 2019, with both goals coming in Euro 2020 qualifying wins. 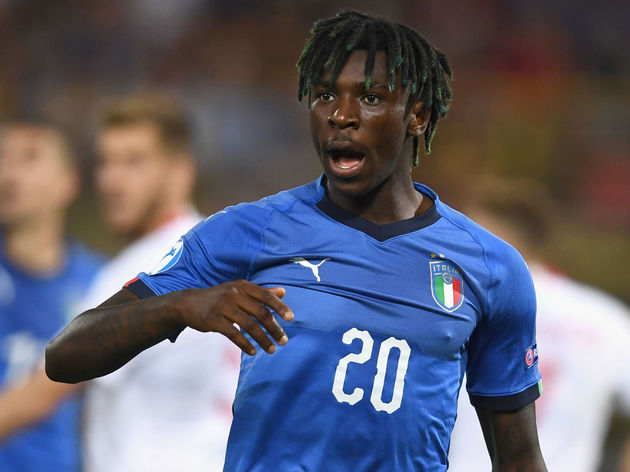 Having made his Juventus debut aged just 16 back in November 2016 and playing four times for the club in that debut campaign, Kean went on to join Hellas Verona on loan for the 2017/18 season in a bid to aid his development with greater first team opportunities.

He netted four times in 19 Serie A games for the club and returned to Juventus last summer, where he proceeded to score another seven goals in 17 appearances in all competitions.