​Divock Origi is reaping the rewards of his new-found fame, as he is now recognised on a global scale, thanks to his vital goals for Liverpool in the Champions League last season.

The 24-year-old wrote himself into Liverpool folklore with a brace against Barcelona in the Champions League semi-final, followed by his winning goal in the final victory over Spurs. His end-of-season performances have catapulted the Belgian striker from relative obscurity to worldwide acclaim, which Origi discovered during the Reds' tour of America this summer.

In an interview with the ​Liverpool Echo, Origi discussed the change in his celebrity status as a result of his European heroics.

“I spent some time on holiday in America after my international duty following the Champions League final." ​Origi explained. “I love America as a country and I think going there as ​Liverpool [last week on the US tour] and seeing the love that we get and the reception is always special. 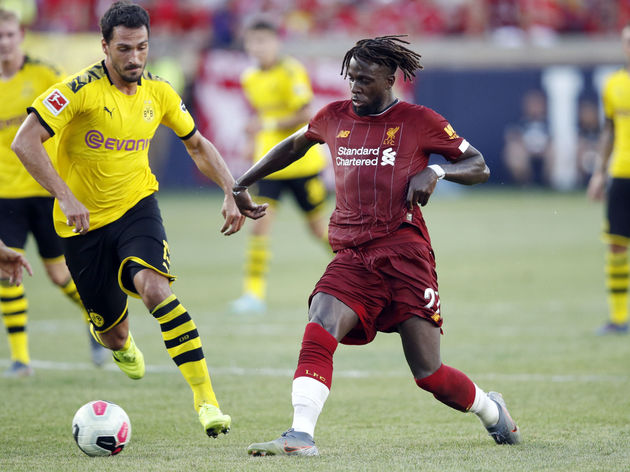 “The Champions League definitely had an impact globally. While I was on vacation this summer, some people recognised me from the ​Barcelona goals as well as the final, so I think that’s something that comes with winning the Champions League!”

Origi will be hoping that his valuable contributions last season will propel him into the Liverpool starting lineup at the beginning of the new campaign, as Reds star ​Sadio Mané has been granted an extended break following his Africa Cup of Nations commitments with Senegal.