​Liverpool's Ben Woodburn is set to leave the club on loan and join League One side Oxford United for the upcoming 2019/20 season.

The teenager became the youngest goalscorer in Liverpool history when he netted in a cup tie with Leeds United back in 2016 at the age of 17, but his club career has failed to ignite since then.

Despite winning 10 senior caps for Wales, first-team opportunities with Liverpool have been hard to come by, while a disappointing loan spell with Sheffield United last season has ultimately seen Woodburn left out of Jurgen Klopp's latest pre-season plans. As a result, the Daily Mail claim that the forward is set to drop down the football pyramid to join Oxford in a bid to revitalise his career.

Woodburn has not scored a goal in senior club football since his historic strike against ​Leeds, and regularly found himself out of the matchday squad during his time with Sheffield United.

He was restricted to just eight appearances in all competitions, just two of which came as a starter, before he ultimately returned to Anfield early.

Liverpool are eager to see Woodburn play at a lower level, which will hopefully boost his confidence and allow him valuable game time. 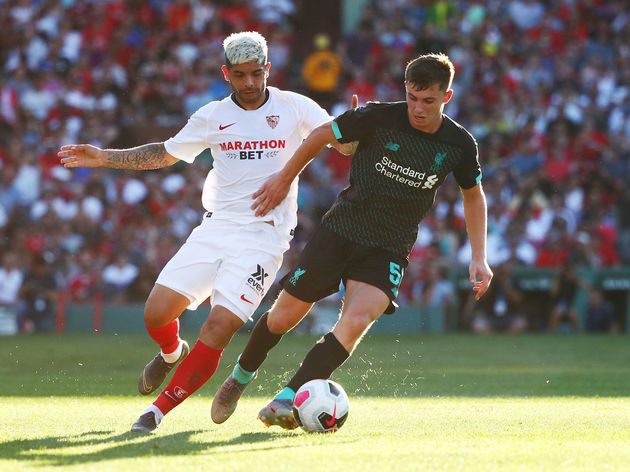 In addition, Oxford are managed by Liverpudlian

The likes of Mohamed Salah, Sadio Mane, Divock Origi, Xherdan Shaqiri and Alex Oxlade-Chamberlain would all naturally be ahead of Woodburn for a berth in one of the wide attacking roles, while recent acquisition Harvey Elliott is also set to be fast-tracked to join first-team duties. Should Harry Wilson and Ryan Kent remain at Liverpool they too would provide considerable competition for places.