​Lille winger Nicolas Pepe is expected to seal his £72m move to Arsenal on either Tuesday or Wednesday, as long as French moneybags Paris Saint-Germain do not involve themselves in negotiations.

The Gunners seemingly moved to the front of the queue for Pepe's signature with a ​shock £72m bid, although the move is far from complete as a number of European giants are considering late appeals to the Ivorian. 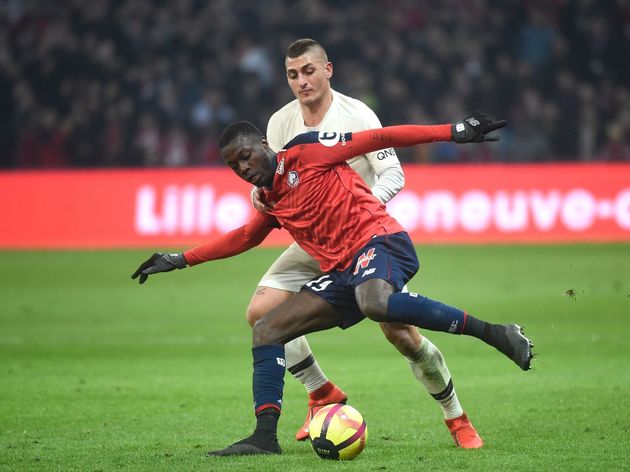 However, ​La Voix du Nord state that Pepe's move to ​Arsenal will go through in the coming days, barring a late approach from PSG. The Gunners have already agreed terms with both Lille and Pepe, and he is said to have 'practically made his choice' to head to the Emirates Stadium.

The report notes that a late bid from PSG is unlikely but, with the Ligue 1 champions thought to hold a longstanding interest in Pepe, it cannot be completely ruled out at this stage.

Lille have already accepted his departure. A deal for Charleroi winger Victor Osimhen is nearing completion, whilst ​Napoli's Adam Ounas and ​Watford's Dodi Lukebakio are both believed to high on Lille's wish list. They are expecting Pepe to join Arsenal, and the Gunners also believe the deal is effectively closed, but the threat of PSG will certainly give them cause for concern until Pepe puts pen to paper.

The 24-year-old is seen as somewhat of a coup for Arsenal, who were believed to be operating with a small budget of just £45m. However, by offering to pay in significant instalments, Arsenal have been able to lodge a satisfactory bid for Pepe.

After racking up 23 goals and 12 assists last season, the Ivorian propelled himself to superstardom and attracted interest from some of Europe's biggest sides.

​Manchester United, ​Liverpool and ​Inter were all ​​believed to have agreed on a fee with Lille president Gerard Lopez, but it is Arsenal and Napoli who emerged as most likely landing spots for Pepe. The Gunners edged ahead after offering superior wages, but a late PSG bid could spoil the fun.