​Chelsea travel to the Austrian Alps on Wednesday night to take on Red Bull Salzburg, with both sides looking to retain momentum heading into the new season.

Salzburg head into the fixture off the back of five straight victories, including a comfortable 2-0 win last time out against a Rapid Wien side who had scored a remarkable 18 goals in the two games preceding the loss.

Chelsea, on the other hand, have had mixed success under new manager Frank Lampard thus far, but do come off the back of an impressive 2-1 victory over Barcelona - always an admirable scalp, even in a pre-season friendly.

Check out 90min's preview of the clash below.

With Lampard resting the likes of Tammy Abraham, Cesar Azpilicueta and Jorginho in Sunday afternoon's match against Reading, expect these names to return to the starting lineup with a side closer to that which featured against Barcelona last Tuesday.

Long-term absentees Antonio Rudiger, Callum Hudson-Odoi, and Ruben Loftus-Cheek are not set to return for quite some time, and whilst N'Golo Kante is back in training he has still not fully recovered from his knee injury.

Salzburg have a lengthy list of injuries of their own, which will hinder any chances of rotating their squad too much. Add to this the occasion of playing against one of the premier clubs in European football, and you can expect to see manager Jesse Marsch pick his strongest possible side.

As is the wont of pre-season fixtures, they often throw up contests between sides who have very little history with one another. This is certainly the case here as Salzburg and Chelsea will be meeting for the first time in their respective histories.

Whilst Die Roten Bullen have never faced the men from Stamford Bridge before, it is not their first showdown with one of the Premier League's big boys - though the memories will not be fond ones for the Salzburg supporters. 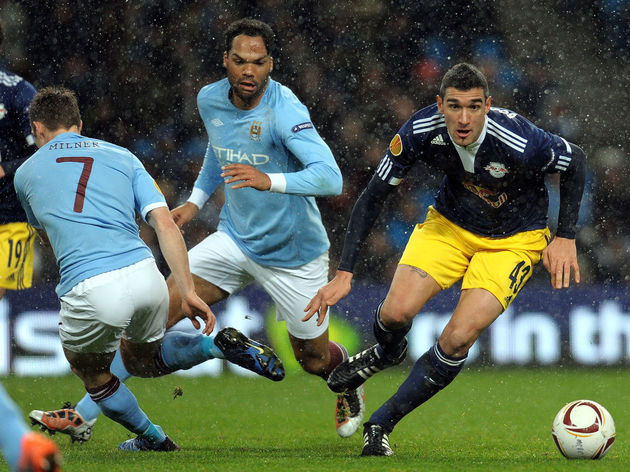 Back in 2010, Manchester City faced off against the current Austrian champions in a pair of Europa League bouts that saw the Citizens claim a comfortable 5-0 aggregate win.

Both sides will undoubtedly be keen to strike the first blow in the head to head battle.

Despite picking up a big win against the La Liga champions last time out, Chelsea's pre-season form has been patchy - mixing the wins against Barcelona and St. Patrick's Athletic with a drab draw against Bohemian FC and a somewhat embarrassing loss to Kawasaki Frontale.

However, with an emphasis on experimenting with styles and formations, as well as including a swathe of young talent - the bulk of which will be unlikely to appear in competitive fixtures - pre-season results are seldom smooth sailing and should always be taken with a pinch of salt. With that being said, winning is always preferable to losing, and there is something to be said for the benefits of maintaining a winning mentality, which is something the Austrian champions certainly have.

Coming into the fixture off the back of five straight victories, where they have averaged almost four goals a game, Salzburg will be quietly confident of picking up a big scalp on Wednesday night.

This winning streak stretches a fair bit further back than five games however, with Die Roten Bullen picking up ten of the last 13 Austrian Bundesliga titles, including the last six back-to-back.

As their penultimate pre-season fixture, Chelsea and Frank Lampard will be looking to start lifting the intensity levels ready for their mouthwatering opening Premier League fixture against Manchester United.

For many of the players chosen, this may well be their last chance to stake a claim for a league starting place, and will undoubtedly add an extra bit of motivation. For Salzburg, this is the sort of fixture that their players rarely get to play, and they will surely be chomping at the bit to prove themselves against high-calibre opposition.

With the combination of their impressive goalscoring form and what is sure to be a raucous home crowd, expect Salzburg to pinch a close one.