​Everton have made an offer of £55m for Crystal Palace winger Wilfried Zaha, with talk of a potential move to Arsenal seemingly dying down.

With the Gunners yet to increase their £40m offer for Zaha, Everton have emerged as potential suitors for the Ivorian, with Marco Silva stepping up his pursuit of Zaha in recent days.

Sky sources: Everton have made a £55m bid to Crystal Palace for Wilfried Zaha.

The latest update comes from ​Sky Sports News, noting that the offer is simply £55m, without any players involved in the negotiations.

There was talk of ​Everton potentially offering Cenk Tosun to ​Palace as part of the deal, to help them reach the Eagles' £80m asking price. Midfielder James McCarthy has also been suggested as part of the deal, but Everton are seemingly eager to avoid losing any players.

The Toffees are believed to be prepared to go ​as high as £70m in negotiations for ​Zaha, although they may prefer to involve either Tosun or McCarthy to avoid spending more than £55m in cash. Zaha is thought to be interested in a move to Everton, despite earlier beliefs that he was keen to join a club in the ​Champions League.

Having sold both ​Ademola Lookman and Nikola Vlasic, Everton have plenty of money to invest this summer, and Zaha appears to be one of their primary targets. Silva is eager to guide Everton to the Europa League, and is prepared to spend to achieve his goals.

They have already brought in Andre Gomes and Fabian Delph, but attacking reinforcements are high on the club's agenda this season after the Toffees lacked often firepower last season. 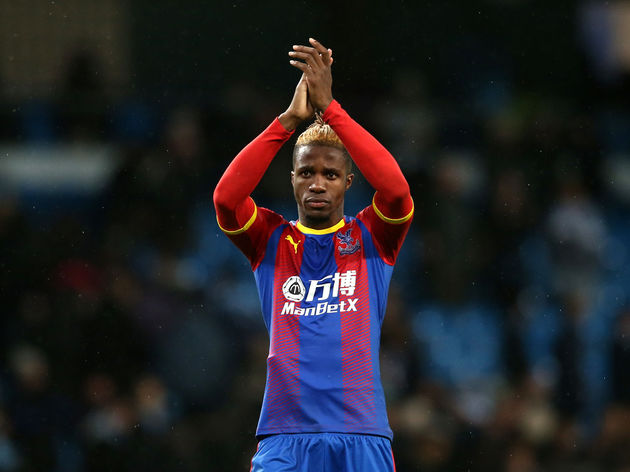 There is no indication as to whether Palace would accept this offer. They were looking for £80m for their talisman earlier in the summer, but may be willing to lower their asking price now that Everton have proven willing to spend heavily on Zaha.