Liverpool manager Jurgen Klopp has urged supporters to stay patient despite their lack of transfer business this summer, saying the club simply don't have the financial muscle of the continent's biggest spenders.

The Reds spent big on Fabinho, Alisson Becker and Xherdan Shaq​iri last summer, while Naby Keita arrived after agreeing a deal 12 months prior. Add the January signing of Virgil van Dijk into the mix, and the transfer spend for the season was well north of £200m. This resulted in an almost overnight transformation, as the Reds took Manchester City to the wire in the title race and won the Champions League. The flipside of such heavy spending, however, has been that they have been unable to throw their weight around this summer, with teenagers Sepp van Den Berg and ​Harvey Elliott the only arrivals so far.

"I can assure you we have an incredible holding midfielder for the next decade." 

Pep Guardiola has high hopes for new Manchester City signing Rodri after the midfielder made a strong impression during pre-season!  pic.twitter.com/DPnynRISdV

“I can’t say anything about what other teams are doing. I don’t know how they do it," he added. "We have to pay bills. Sorry. Everybody has to pay bills. We invested money in this team. Now it looks like we are not. But we are not in this fantasia land where you just get whatever you want. 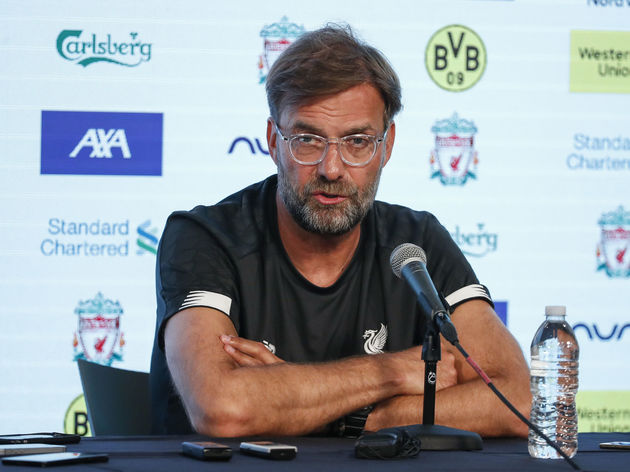 "There will be average games – but that doesn’t mean we need different players. It only means we need a team that is ready that day. And that is what we have to do. We have to make sure.”