​Diego Costa is a man of many talents.

He's strong, he's prolific, he scares opposition defenders and he's possibly the only human alive who can turn an otherwise genial pre-season friendly into a 22-man brawl.

Anyone surprised by his unique ability to have both scored four goals and get sent off in Atletico Madrid's extraordinary 7-3 win over Real Madrid has almost certainly not been paying attention to his career trajectory thus far.

He's as talented as he is petulant and as brilliant as he is frustrating. Like no other footballer, he expends a ludicrous amount of energy attempting to wind up the other team by any means, be it diving, play-acting, or clandestine attacks while the referee is looking away. It is of little exaggeration to say it is probably easier to count the players he hasn't had a confrontation with than those he has. He's a maverick, a wind-up merchant, sport's greatest party-spoiler. And the more his ridiculous antics add up, the more likely that when football historians describe the Spaniard, it will have to come with the unavoidable caveat that he was 'controversial', 'a bit of troublemaker'. An overwhelming amount of football fans may be tempted to choose another word that begins with 's' and ends with '-hithouse'.

Like it or not, personalities like Costa are utterly integral to the sport. They give it character and colour, help exaggerate narratives, give meaning to rivalries and give fans those 'remember when' moments to shake their head in awe at as they trade myths down the pub.

Football has its fair share of these characters, from Luis Suarez to Jose Mourinho to Sergio Ramos and Pepe.

It is important to not limit our assessment just to football. Sporting rebels range far and wide as Nick Kyrios reminded us a few weeks ago. His casual nature towards his sport of tennis, including spending an evening in a pub the night before a Wimbledon game and riling up the umpire while on the court, perhaps places elements of this personality-type into a new perspective. Sport only works when people treat it with professionalism and understand the importance of order, but these dissident individuals flourish mostly in chaos and dysfunction. They're psychologically out of touch with their own industry, so they instead attempt to bend it to their will.

It is what makes up most of the appeal of so many bad boys and girls, this obscene but somewhat attractive inability to act normal. Many people will see them as villains, but the sizeable contingent who see them as heroes with be louder than anybody else. And i 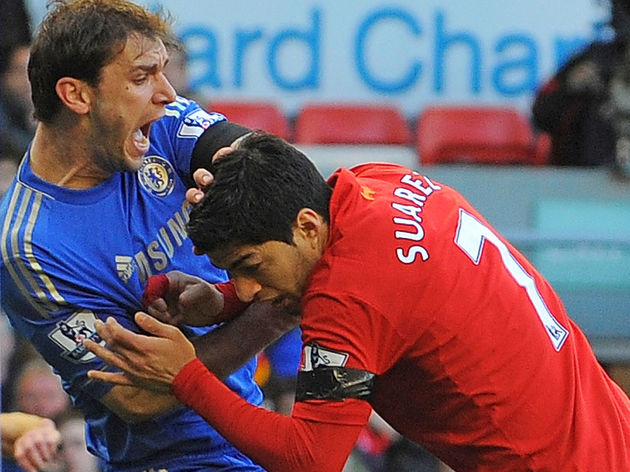 They make games controversial and headline-worthy, sometimes in a way that not even the best talents can. It is maybe an indictment of our culture that we regularly allow these people to hijack events with their backwards behaviour, but when they do, they expand the conversation and force us to confront our own ethics in sport. Costa's actions frequently pose the moral dilemma as to what extent it is morally acceptable to disrupt opponents with underhand tactics. The infamous Suarez handball episode got us thinking back in that 2010 World Cup whether we too would effectively cheat in order to gain national success. Jose Mourinho makes us ponder whether winning amid controversy and near-universal hate is worth it all.

The backbone of any sport is built on professionalism and consistency, but the things that can zap it with life are those rare players who don't play by the rules. For our wonderful games to function, these individuals must be few and far between but when they do arrive with their frustrating antics and infuriating approach to the world, we must understand that they are a necessary evil for making sport great.