​Kieran Trippier has admitted to certain 'behind the scenes' factors that led to his departure from Tottenham this summer.

The 28-year-old joined La Liga title hopefuls Atletico Madrid for a fee in the region of £22m, just 12 months after Trippier was lauded as one of the standout stars of Gareth Southgate's England team that reached the World Cup semi-finals. It wasn't quite the happy home return for ​Trippier, though, whose performances were consistently called into question last season, being singled out as the weak link in the ​Tottenham backline for many pundits and fans.

Although he made more appearances for Spurs last season than in any of his previous three campaigns at the club, he was deemed surplus to requirements this summer - and he has now revealed to Sky Sports that he felt it was the right time to go. "I think it was time for me to change and move on. 'I don't necessarily mean that I needed to move on, but things happened behind the scenes at Tottenham, which I don't really want to go into, but I needed to move on from that," he told ​Sky Sports.

He went on to reveal how former Premier League stars ​Diego Costa and ​Alvaro Morata have helped him settle into life in ​La Liga, explaining the duo had gone through what it means to play for Atleti.

He added: "The lads have been unbelievable with me. Since I've been through the door they've welcomed me with open arms, the coach as well. 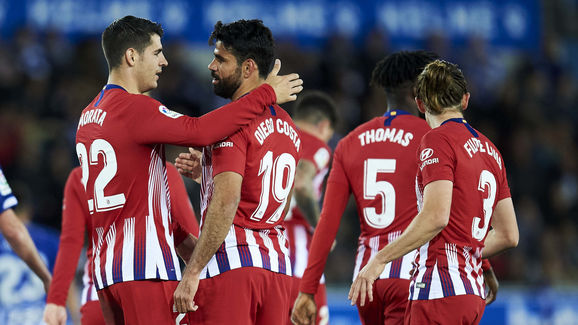 ​Atletico​7-3 thrashing to Real Madrid​Barcelona this time around.