André Gomes: Why Everton's Midfield Maestro Is the Signing of the Summer

​There aren't many midfielders for whom the description 'midfield maestro' seems to fit.

Lee Cattermole, for example, probably doesn't spring to mind when thinking of such players. However, there are the few who bless the football world who more than merit the title.

André Gomes is that kind of player. And after transferring to Everton for £22m, Europe's elite must be wondering how they could have let that one slip from under their noses.

Marco Silva's appointment as Everton manager in 2018 was quickly followed up by the club with attempts to liven up the snoozy, immobile side their new manager had inherited from predecessor Sam Allardyce. Gomes seemed to be the club's primary target, regardless of what deal was to be made. After last season, we can all see why.

No Everton player completed more take-ons in the Premier League last season than André Gomes (40, the same as Bernard).

The first striking thing about this summer's deal for Gomes is that for £22m, a player of his calibre and in his position - as the nucleus of the team - is around half or a third of what would be expected to pay for such a player. Three years ago, before the transfer market inflation, Barcelona had signed Gomes for more money than Everton have paid him for now.

At a time where Mateo Kovacic is worth £40m, £22m for Gomes represents great value and that's certainly not to be sniffed at.

Part of why Gomes is such a good signing is not simply because of the meagre £22m Everton forked out for the player himself, but because of what the signing means to Everton. Marco Silva is obviously a manager who has a set style and system - like most of the good ones these days. We saw that from the beginning at Watford, and now at Everton he favours a 4-2-3-1 formation, with tactical balance the key to his success. With Gomes in the team it is rather similar to the role Cesc Fabregas had in Chelsea's unchallenged charge to the Premier League title in 2014/15. With a much more defensive minded midfielder alongside him, Gomes is allowed the room and freedom to move forward, driving the team while his midfield partner

In Silva's system, Gomes is the perfect player to balance the team and provides everything Silva wants in a modern box-to-box role. Mobile and strong, he covers a lot of ground while Idrissa Gueye mops up behind him. A crucial factor when bringing in foreign players

Bringing the Portugal international to Everton permanently is not a gamble, as he is a tried and tested solution to their problem. Frankly there's no questioning either his own ability and work-ethic, or whether he can adapt to the change in pace of the league.

What we have seen from Gomes is (dare I say it) what we expect to see from Paul Pogba. In both players, there in lies tall, athletic and supremely talented athletes. As modern number eights, they have the ability to drive forward and beat players, the strength and stature to hold off others in tight areas, and the grace and ability to find teammates with pitch-long passing ranges. We see some appearances from Pogba that stretch to or go further than what we expect of his talent, yet Gomes is consistently pulling out performances which give Everton the dynamism in midfield which they could only dream of in bygone eras.

At 25, Gomes is entering his prime. Maturing performances were becoming more common towards the end of last season, and with players like Gomes, where talent is obviously there, it is the coaching and mentality of the player that determine how far they go. Under Silva, Gomes will be coached in the role that suits him, from a manager who wants him.

The change in performances last year attest to his growth. Early in the season he was much more susceptible to giving the ball away, but as the season progressed his positioning improved, he learnt when to dribble and drive, and his range of passing got better. Continuing this development, under the right conditions, there is every reason to believe that Gomes will improve and reach his great potential. 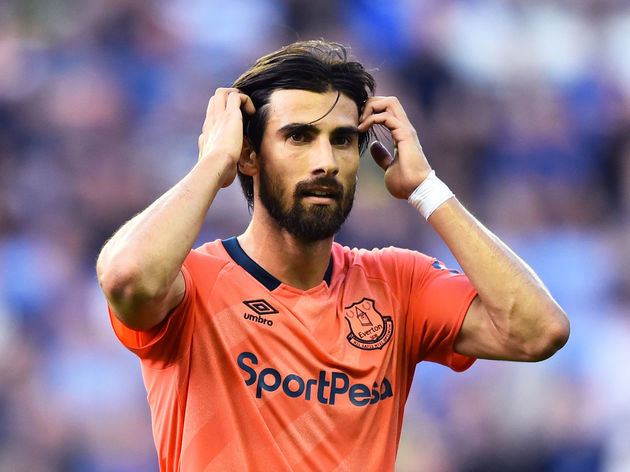 At £22m, Everton have found a gem. Well-suited to the Toffees, he has the ability to improve while already having had a year's experience in the Premier League. There is every reason to believe that Gomes will be, and will remain, the signing of the summer. Bravo, Everton. Bravo.