​A far cry from his most recent days in international management, Fabio Capello helped to define a generation of Italian Calcio alongside 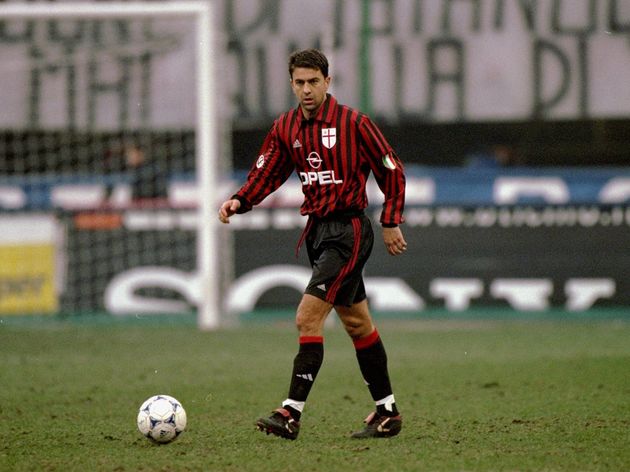 Cafu (RB) - Brazil's most capped player, and the only footballer to ever appear in three consecutive World Cup finals, Cafu spent four years with Capello in Italy's capital before moving onto to join Milan in 2003, a club that most fans will immediately associate with his name.

Alessandro Costacurta (CB) - He might not be a name that immediately comes to mind for fans thinking of Italian or Milan legends, but Alessandro 'Billy' Costacurta was among the best defenders on the planet during from the late 1980s onwards, and he currently sits third on the Rossoneri's all-time appearance list.

Paolo Maldini (LB) - At the top of that list is Maldini, spending over 20 years in the first team in Milan. Widely regarded as one of the best defenders of all time and currently working as the club's technical director, the 51-year-old won five European Cups and seven Serie A titles. 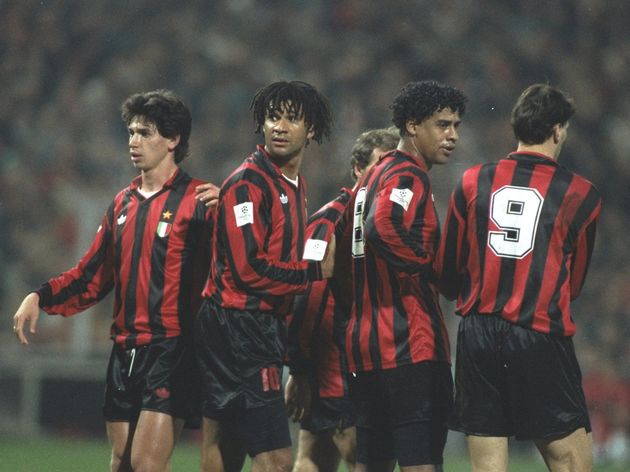 Demetrio Albertini (CDM) - Like Costacurta, defensive midfielder Albertini might not be the first name that springs to mind for fans who weren't hooked on Italian football during the 1990s, but he won four league titles in five years under Capello and was a star player for the Italian in Milan.

Frank Rijkaard (CDM) - He only spent two years working with Capello before returning to his boyhood club Ajax, but Rijkaard was at the base of a Dutch core in Milan that helped to immortalise that Rossoneri squad as one of the best of all time.

Ruud Gullit (CAM) - A player who could literally do it all, Gullit was as well known for his ability on the football pitch as he was for his iconic dreadlocks. The former Netherlands international, who was voted as Europe's best player in 1987, made more appearances at Milan than any other club during his career and enjoyed just as much success under Capello as he did Sacchi.

Francesco Totti (CAM) - With 785 appearances for AS Roma to his name, Totti was an integral part of Capello's side in the capital that won the Serie A title during the 2000/01 season. He was directly involved in 85 goals throughout the manager's spell at the Stadio Olimpico. Marco van Basten (ST) - 1992 Ballon d'Or winner van Basten moved to Sacchi's Milan having spent seven years in Ajax's first-team, but the former Netherlands international would go on to be the spearhead of Capello's trophy-laden side. He scored 125 goals in just 201 games for Milan.

Gabriel Batistuta (ST) - The ex-Argentina international only linked up with Capello at Roma when he was already in his 30s, but his 21-goal haul during his first year at the club helped the club to the Serie A title and Batistuta's only