​Real Madrid coach Zinedine Zidane has admitted that the injuries suffered by several of his players this summer are a concern just a few weeks from the start of the new La Liga season.

Marco Asensio will require surgery after rupturing the anterior cruciate ligament in his left knee during a friendly against Arsenal and is expected to miss the majority of the 2019/20 season. Brahim Diaz has also been nursing a thigh problem this month, while new full-back Ferland Mendy has suffered a minor setback that has ruled him out of crucial training sessions.

"It worries me and above all it bothers me," Zidane is bluntly quoted as saying by Marca.

"Marco's [injury and then] Ferland's, which is a minor injury, but he won't be able to continue working and we don't know for how long. These are things that happen and we will see if he comes back quickly with us," the Frenchman added. Real will not make any changes to the squad while the summer tour of North America is ongoing, although it remains to be seen what the plan may be once they are back home, and whether it will involved promoting players from within or dipping into the transfer market.

"We are preparing with the players who are here [on tour]. Then we will return to Madrid," Zidiane explained. "I don't think about who is going to replace Marco. We are devastated with Marco's injury and our squad is the one we have here."

As far as wingers and forwards are concerned, Real are set to sell Gareth Bale before the end of the summer, but Eden Hazard, Luka Jovic and Rodrygo have all joined. 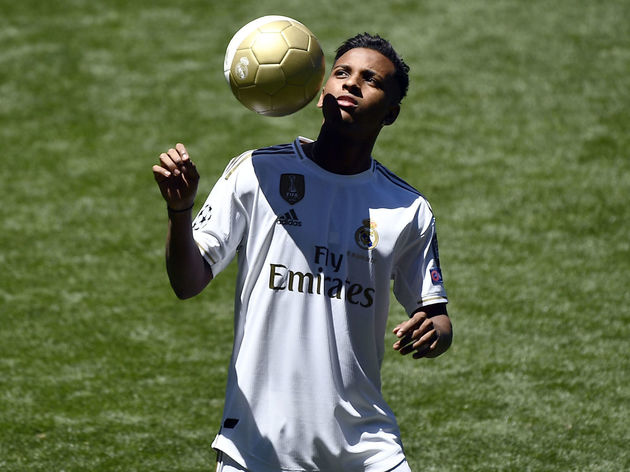 There could also be a greater role for Vinicius Junior this season after a strong debut campaign, while Lucas Vazquez and Mariano Diaz are still fighting for places as well. Isco remains with the club despite previous suggestions he could move on this summer.