Bill Shankly is number 19 in 90min's Top 50 Great Managers of All Time series. Follow the rest of the series over the course of the next four weeks. You can find Robbie Copeland's Shankly career overview ​here.

​Bill Shankly's 15-year spell as Liverpool manager is credited with rebuilding the club from scratch, but he only managed it with a little help from some of the greatest players to ever take to the Anfield pitch.

The Scot used a combination of first-class recruitment and promotion of youth to create the foundations on which future managers would build to dominate the English and European football landscape.

Here, we've collated the best XI of players he worked with throughout his storied career. 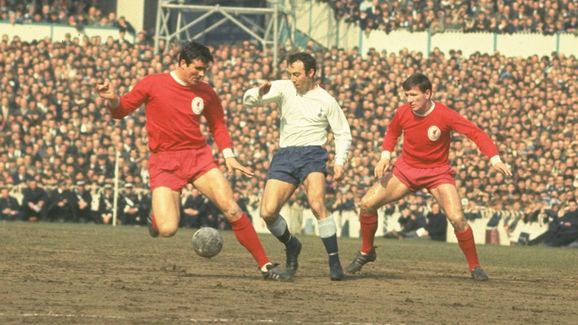 Ray Clemence (GK) - Clemence was signed by Shankly from Scunthorpe for £18,000 in 1967, and after spending a couple of seasons behind Tommy Lawrence in the pecking order, would go on to become the club's undisputed number one with over 500 appearances

Chris Lawler (RB) - Lawler was one of Shankly's first additions to the squad after joining the then-Second Division strugglers. The right-back spent 15 years at Anfield, making over 400 appearances before leaving for Portsmouth in 1975.

Ron Yeats (CB) - The towering Scot was a favourite of Shankly's after joining from Dundee United in the early 1960s, and went on to captain them to three major trophies later in the decade.

Gerry Byrne (LB) - One of the few to survive  Shanky's initial cull of what he saw as an average Liverpool squad upon joining, Byrne spent his entire career at Anfield before retiring in 1969 with more than a few well-earned winners' medals. 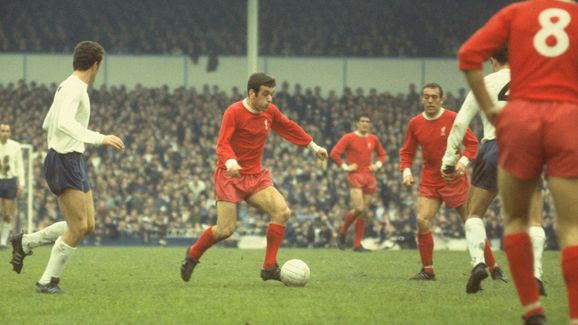 Kevin Keegan (RW) - Keegan made his name for Liverpool as a forward, scoring almost 100 goals, but was signed from Scunthorpe as a midfielder. He was quickly moved up front, however, and went on to earn himself iconic status in his six years on Merseyside.

Emlyn Hughes (CM) - Hughes is often talked about as the best of Shankly's signings, and it's easy to see why. A £65,000 signing from Blackpool in 1967 went on to blossom at Anfield, making 665 appearances, eventually captaining England.

Ian Callaghan (CM) - Callaghan's 857 appearances for Liverpool between 1959-78 is yet to be topped. He broke into the first team from the youth ranks under Shankly and never looked back, helping them to 17 major trophies while also winning a World Cup with England.

Peter Thompson (LW) - Known for his electric pace and directness, Thompson was ready-made for a Bill Shankly team, and was a key cog in the machine in his ten years at the club. Roger Hunt (CF) - It speaks to the class of the Shankly teams that so many of his players hold records that haven't been broken in the near-50 years that have since passed. Hunt was the club's record goalscorer until Ian Rush came along, but his 245 league goals remain a club best.

Ian St John (CF) - After an impressive start to life at Motherwell, St John cost Liverpool a club record £37,500 in 1961, joining alongside Yeats in what is looked back on as a major turning point for the club.