Bill Shankly: The Innovative Motivator Who Rebuilt Liverpool From the Ground Up

Bill Shankly is number 19 in 90min's Top 50 Great Managers of All Time series. Follow the rest of the series over the course of the next four weeks.

​Every football club has a figure so deeply ingrained in its values and traditions that to imagine one existing without the other just doesn't seem right.

For Manchester United, that's Sir Alex Ferguson. For Ajax, it's Johan Cruyff. For Arsenal, Arsene Wenger. And while some may point to Kenny Dalglish or Steven Gerrard as Mr. Liverpool, either of those men would be affronted at that suggestion, because the only true contender is Bill Shankly.

He wasn't the most successful Liverpool manager on paper. He didn't oversee a period of unparalleled dominance like those who came years later. But those who were later to the party, achieved more, and wrote their names into the club's history books on their own merit, did so on the foundations laid by one man and his vision to turn an unspectacular Second Division club into a dynastic titan, who would go unrivalled for decades on end. Well-respected, hard-working and professional, Shankly's career began with a reputation as a tough-tackling right-half, whose pride and joy was that he never received a card from a referee for a mistimed challenge.

He was the first to view tackling as an art-form, and this helped him to a solid professional career with Carlisle United and Preston North End, managing five caps for his native Scotland in the process.

Upon retiring, it was Carlisle, with whom he'd started his playing career 16 years earlier, who gave him a route into coaching in 1948. In his early days as a coach, two things became clear: he was a perfectionist, and he wouldn't compromise.

His Carlisle departure, in fact, came about only after the board refused to pay his players the bonus they had promised for finishing in third-place. They had been struggling at the foot of the division when he was appointed three years earlier, and he took the lack of recognition of his players' efforts as so much of an insult that he could no longer continue.

He would take his brand of meticulous, psychology-focused management to Grimsby, and then onto Workington and Second Division side Huddersfield, in all three instances bringing a halt to downward spirals and getting the clubs back on track.

"A lot of football success is in the mind. You must believe you are the best and then make sure that you are."

He would frequently praise his players to the hilt in a bid to raise morale, even once describing his third-tier Grimsby side as 'pound for pound the best football team in England since the war', and it was this enthusiasm for football that eventually earned him the Liverpool job in 1959.

He had been keen on the job since he had been unsuccessfully interviewed for it prior to joining Grimsby, sensing a connection to the club and its supporters. A sleeping giant in the second tier, having previously won the First Division title five times but amidst a five-year stint outside the top division, from day one Shankly saw potential where no-one else did, and often raised eyebrows with his grand plans to turn the club into a dominant force.

"My idea was to turn Liverpool into a bastion of invincibility. Had Napoleon had that idea he would have conquered the bloody world. I wanted Liverpool to be untouchable. My idea was to build Liverpool up and up until eventually everyone had to submit and give in."

The eyebrows, however, seemed justifiably positioned at the time. In short, the club was a mess. Both Melwood and Anfield were crumbling, the playing squad was average at best, and even returning to the top tier, let alone dominating it, seemed a million miles away.

Affronted at what he was seeing at the club, Shankly wasted no time in starting a complete overhaul. He demanded that £3,000 was spent on renovating the stadium, and within a year had moved on as many as 24 players from his floundering ranks.

Where he saw value, however, was in the incumbent coaching staff, immediately recognising the abilities of Bob Paisley and Joe Fagan - each of whom would eventually have a famously turn at managing the legacy he would leave behind. Paisley, in particular, would become his tactician, while Shankly himself focused on motivating the players to devastating effect. 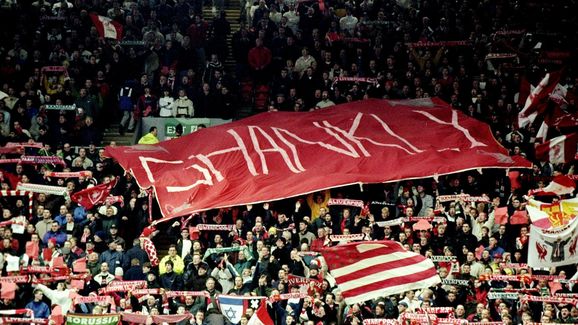 Training methods were also revamped, as Shankly opted to do away with the archaic long-distance stamina training that was the standard at the time. Instead, the vast majority of training was done on the pitch with a ball, in intense five-a-side games, vastly improving their ball skills and fitness levels.

This had a startling impact on the standard of performance, and a