Many of the Reds squad haven't even had a full summer break. Liverpool's Champions League triumph meant their 2018/19 campaign wasn't over until 1 June, two weeks after some of their domestic rivals. A significant number of players then reported for international duty. 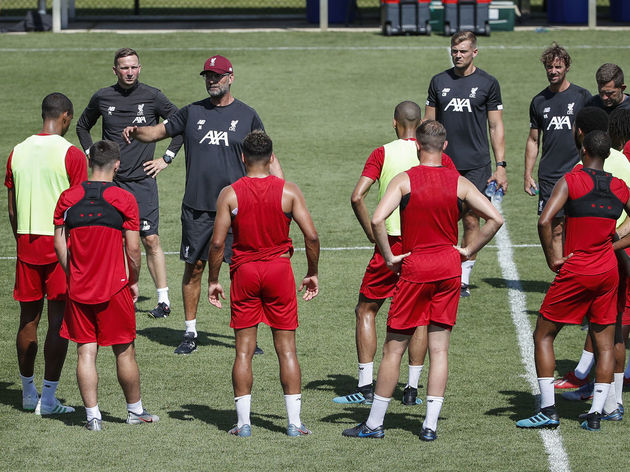 Some played in Euro 2020 qualifiers, some were involved in the UEFA Nations League finals, others have been at the Copa America and Africa Cup of Nations. Klopp focused on Sadio Mane in particular, who he says had a 13-month season and hasn't yet started training again.

With Liverpool to face Manchester City in the Community Shield on 4 August and the Premier League campaign kicking off a week later, the pressure, not from Klopp or the club, but from fans and the media, will be on Mane and co. to perform.

"We sit here and it sounds like I am having a moan or whatever. It is just the situation, in the long-term, is not acceptable," Klopp is quoted as saying by the Daily Telegraph.

It will sound like Klopp's having a moan about fixture pile up - the price of success? But if you look at what he's saying he has a point. Football is so huge (& profitable) that people can't bear to be without it. The demands on clubs and players are starting to get too much.

"It looks like nobody can imagine a week without football in the year. When did that happen? A game again, a game again," the German coach added.

"It is difficult for the boys. Everything will be fine this season. But in the long-term? We have to change it. There must be breaks. Come on, let them go. Be brave," he continued, urging people not to 'treat every game like it is the last of a decade'.

At the end of the new season, Euro 2020 will be another obligation for many players.

It is the price of success. But after the Community Shield, Liverpool will be playing in the UEFA Super Cup in Istanbul between their second and third Premier League fixtures, making August an incredibly busy month. Should the Reds fail to win those games, the vultures will be circling.

As the season progresses there will be an EFL Cup obligation, Champions League action, FA Cup and, in December, a week away in Qatar for the FIFA Club World Cup. That will mean other games must be re-arranged and played at a later date, congesting the fixture list even more. "Sadio Mane's season, after he played the [Africa Cup of Nations] final, will be 13 months. A 13 month season, that is how it is," Klopp said. "The pressure is everywhere. We need to calm this down. We need proper breaks, then you will get world class performances. Then you can enjoy these boys in the long-term and it will be easier for the younger ones to come through."