Gonzalo Higuain or Diego Costa: Assessing Who Would Be a Better Option to Lead the Line at Man Utd

Manchester United have been offered the chance to sign both Diego Costa and Gonzalo Higuain on loan this summer, as reported by us nice people at 90min, as Romelu Lukaku's protracted exit looms on the now-hopefully-not-too-distant horizon.

Which begs the question: Who should they take?

Now, the duo's performances and perception in England may make this seem like an obvious decision - one is a recent Chelsea flop, the other was a teeth-grinding, hair-tearing success - but, trust me, it's not.

So, without further ado, let's head to the five categories we need to differentiate the pair. And, before you start making appearance-related excuses for the Spaniard, who was admittedly hamstrung by injury, the Argentine scored five Premier League goals in his 'disastrous' stint at Chelsea last season, more than double Costa's output of two in La Liga, despite playing two more league games.

In fact, though he remains tarnished by a somewhat unfair reputation for bottling big chances in big games, Higuain has always been the more prolific forward, notching 20 goals or more across competitions in no less than eight seasons, compared to Costa's four (though yes, two of those were in England).

Like it or not, maybe even believe it or not, Gonzalo is a better finisher, and that's just a fact. 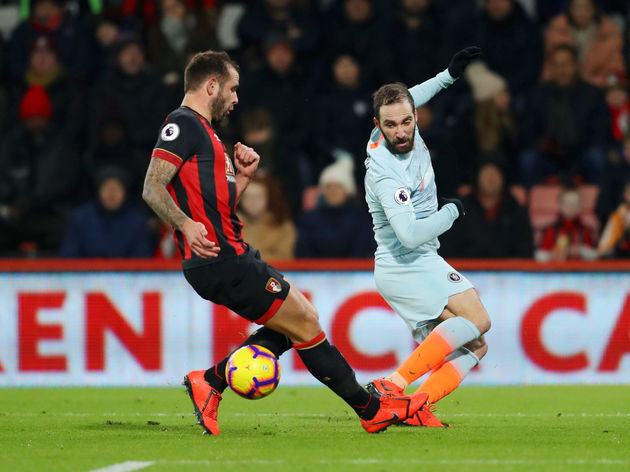 Neither player would attest to being the greatest passer of the ball, and if they did, few would take any notice of it - they are both forwards in the classical sense of the word.

However, I'm sure Gonzalo would consider the skill more integral to his game, and this stands up when we look at the stats. In 2018/19 league games, on average he completed 3.5 more passes than Costa per game, and had a pass accuracy of 80.45% compared to Costa's 70.3%, with the Spaniard also down by 0.6 in the key passes per game column.

And, while they were level on assists across competitions, Higuain retains an advantage of 97 to 66 in the span of their whole careers. Two for two for Gonzalo. While Higuain's pace and power with the ball were an underrated weapon in his armoury, particularly in that record-breaking spell with Napoli, this is Costa's first big chance to get points in the board, and *spoiler alert* he will.

That's because, unconventional though his style may be (and that's at the best of times, at worst it can look ungainly), the man has always been a thunderous presence with the ball at his feet. While the volume of gallivanting that goes on may have decreased, with Higuain actually bettering him in terms of dribbles per-game in 2018/19, there's no question as to who a defender would rather have steaming towards them with ball in-tow. 2-1. While Gonzalo is undoubtedly better in the finer/cuter category of things, if you're talking pure hold-up ability, it's Costa all day, especially when it comes to Premier League football, as was exhibited during Higuain's tenure.

Put simply, by hook or by crook, nine times out of ten, Diego Costa will retain the ball, and he will provide you with the proper platform from which to attack, and no age will put an end date on that bullish desire. Again, it might not always look as pretty as Gonzalo's work, but it will always be more effective, and sometimes that ruggedness can have a beauty unto itself, case in point that cracker against Portugal at last summer's World Cup.

No one else in world football could score a goal like it, and I love it for that reason. Genuinely better than Nacho's in that same game, no gas. 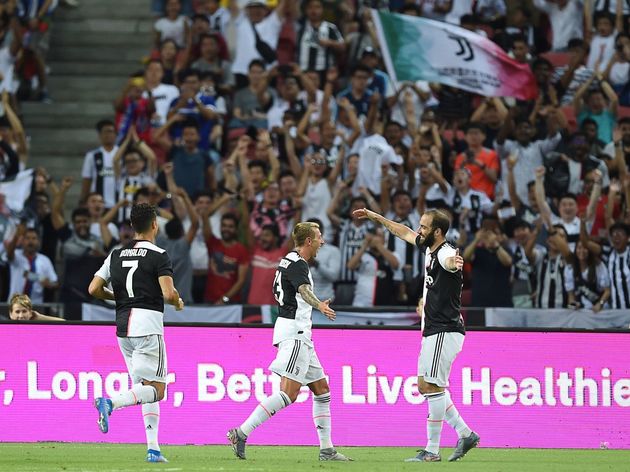 Potential may be a funny way of putting it when talking about two blokes in their 30s, but that is the way United must look at it, at least in terms of output in the upcoming season. And there are a variety of ways to look at this.

If you were optimistic, you would go for the highest ceiling approach, in which you consider the best versions of each player, and in that category, it's Higuain's to lose - the man broke the seasonal goalscoring record in the most historically competitive league, FFS.

However, football isn't always a place for optimism, and when you look at the relatively dramatic turn Higuain's career took last season, combined with the 10-month jump he has on his Brazilian-born colleague, reality quickly sets in. Add in Costa's record in England, and the 30-year-old just about edges it. After five categories, it is Diego Costa who has come out on top, with a 3-2 victory. However, a multitude of caveats remain, starting with what kind of striker Manchester United want? If they want a playmaker-come-finisher, then Higuain's their man. If they want a no-holds-barred, tried-and-tested-in-English-football bull of a player, then it's Diego.

However, there's also the question of fitness. No, Higuain might not have looked in the best shape at Stamford Bridge, but he was fitter than Costa was in 2018/19, and it has been the same hamstring/foot injuries that have plagued him throughout his career that hampered him last season.