Having recently entered the final 12 months of his contract, De Gea will put pen to paper on a new six-year contract worth £375,000-per-week. Should he stay for its duration, the 28-year-old would remain a United player beyond his 34th birthday and have given 14 years of service. 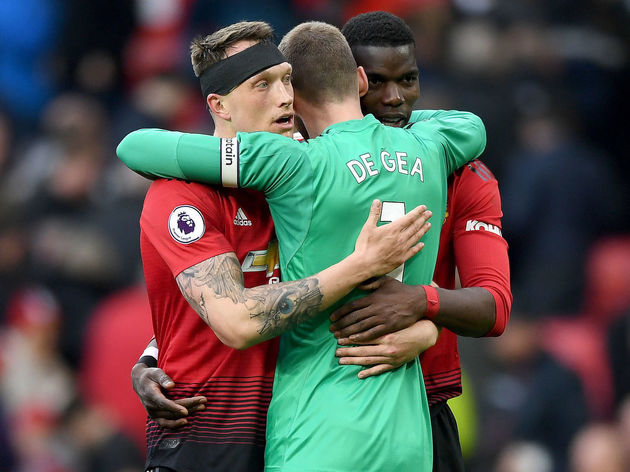 The club captaincy, vacated by the departed Antonio Valencia last month, is the obvious next step for a player who has developed into the best goalkeeper in the world since joining United as a completely raw 20-year-old back in the summer of 2011.

De Gea is among United's current longest serving players. Only Chris Smalling has been at Old Trafford longer, while Ashley Young and Phil Jones both joined in the same summer. Of that group, De Gea is the only one expected to be a regular starter in 2019/20 and beyond.

The Times describes him as being 'one of the leading contenders' for the role and it appears to be something that he is genuinely keen on after responding positively to media questioning.

"I've been captain for some games. It is amazing to be captain of a club like Manchester United and defend this badge so, of course, I'll be really, really happy to captain," De Gea is quoted as saying by the Daily Telegraph as United's pre-season tour of Australia and Asia continues.

"It's my ninth season, I feel like one of the most experienced players. I need to show that on the pitch and try to help the young guys know what Manchester United means and that's important."

Having captained Spain at Under-21 level in his youth, De Gea was handed the United armband for the first time by former manager Louis van Gaal in the closing stages of an EFL Cup tie against Ipswich Town in September 2015, shortly after signing his last contract.

De Gea was later made captain by Jose Mourinho for a single Premier League game against Bournemouth in April 2018 and eventually went on to skipper the team as many as four times in Ole Gunnar Solskjaer's first few months in charge last season.

With Solskjaer yet to name a permanent successor to Valencia, the armband in pre-season has so far been passed between the aforementioned Young, Juan Mata and more recently Nemanja Matic as the boss seemingly experiments with different players in the role. For his loyalty, experience and quality, De Gea deserves nothing more than to be the new United captain. He has stuck with the club through incredibly difficult times in recent seasons, winning the club's Player of the Year award on an unprecedented four occasions, while he is one of the few that remain who know what it is like to be part of a Premier League title race.

De Gea is already well on his way to becoming a United legend and this new contract, along with an even more important role within a new look squad, would be the icing on the cake.