​Liverpool will end their American tour this week, with a tricky game against Portuguese giants Sporting CP. The Reds will be going into the fixture hoping to end their tour on a high after suffering two defeats on the trot.

The UEFA Champions League winners were beaten 3-2 by Borussia Dortmund in the Notre Dame Stadium, before suffering yet another defeat - this time to Sevilla - at Fenway Park in Boston.

Check out 90min's preview for Thursday's game below.

Sporting midfielder Rodrigo Battaglia is still out injured with a c Sporting have had a disappointing pre-season so far, and are winless in three games - drawing two and losing the other. However, this won't be overly worrying for manager 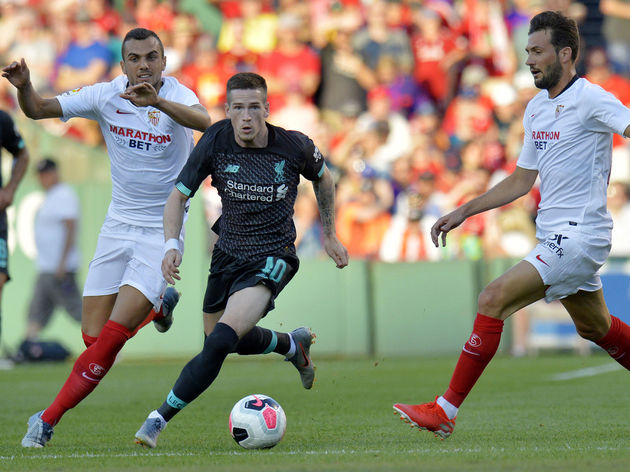 ​Liverpool also haven't had the greatest start to pre-season, losing their two games so far during their American tour.Despite the results, Liverpool have been playing some good football, showing that the side is making some progress. Jurgen Klopp will be keen to ensure that the Reds get back to winning ways with a strong performance against Sporting.

It looks set to be a competitive encounter between the two sides, which could go either way on the day. ​ Liverpool's quality should see them have enough to get over the line however, especially seeing as they will be wanting to avenge the recent defeats.