Tottenham forward Troy Parrott has begun to make a name for himself this pre-season after starting for Spurs against Juventus on Sunday.

The 17-year-old played 45 minutes of their first pre-season game, as a late Harry Kane winner gave the north London club the coveted victory.

But who is the youngster that could provide some much needed competition up front for Spurs? Here are five things to know about Tottenham's Irish prospect:

He Was Deadly Up Front at Youth Level 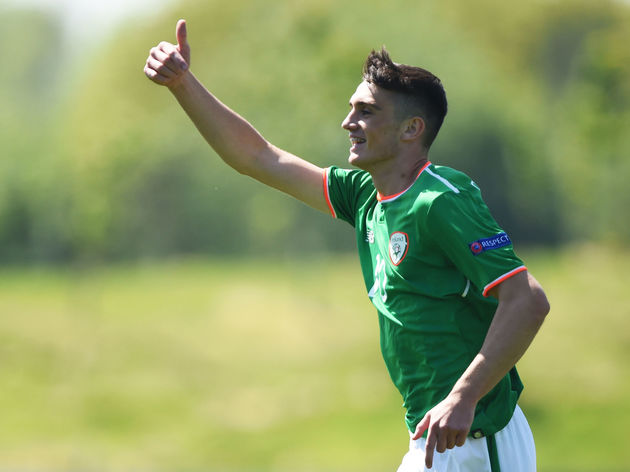 As parrots go, one mimicking England's best striker would be quite something!

The man from Dublin's stats at Under-18 level match up well to ​Kane's from his time playing at that development stage.
Both produced precisely 3.6 shots per game and both fouled an opposition player 1.9 times per 90 minutes.
If anything, Parrott's performances were even more impressive than the England star's, registering 2.6 dribbles per game to Kane's 1.4.
Even the attribute that Kane is famed for, dropping deep to pass and assist with build-up play, is eclipsed by Parrott. The youngster registered 23.3 passes per game as opposed to Kane's 19.7.

Mauricio Pochettino Stopped Him From Playing for Ireland Spurs boss Mauricio Pochettino held Parrott back from joining up with Ireland's Under-19's for the European Championship in order to see what he could do in pre-season.

It seems Pochettino views Parrott as a potential option up front this season and has insisted on including him in the squad for Spurs' pre-season tour.

The tour will be the first time that ​Tottenham play football since their defeat in the ​Champions League final to Liverpool, and the Argentinean is looking at all options to help them close the gap between themselves and the Premier League's top two. Parrott is one of seven young players to be included in Mauricio Pochettino's pre-season plans.

Winger Anthony Georgiou and goalkeeper Brandon Austin have also been brought into the fold for the tour, however, whether any of them continue with the first team in the regular season is yet to be decided.

He Has History on His Side

Tottenham Hotspur's academy has produced many successful talents in recent times, with Kane being their crowning achievement.

The likes of Oliver Skipp, Harry Winks and Kyle Walker-Peters can also be added to the list. The three are competing for spots in the Spurs first-team but the conveyor-belt of players didn't start there.

Tom Carroll has made a career for himself at Swansea City, while Josh Onomah has recently returned from a loan spell with Sheffield Wednesday.

If the past is anything to go by, Parrott can create a good career for himself within English football, but whether that is at the top level remains to be seen.