Tele Santana is number 20 in 90min's Top 50 Great Managers of All Time series. Follow the rest of the series over the course of the next four weeks.

​If you ask fans in Brazil to name their favourite manager of all time, there's a good chance you'll hear a lot of people suggest Tele Santana.

As a player, for the likes of Fluminense and Vasco da Gama, Santana was great. However, it was his transition into management in 1967 which propelled him to new heights.

By the time of his death in 2006, Santana had left an outstanding legacy on Brazilian football, leading the 'Joga Bonito' movement which took over the world. All he wanted to do was play beautiful football, and he accomplished that with a number of sides.

When his playing days came to an end, he cut his teeth in management with Fluminense's youth sides, enjoying three successful years at the helm of the academy before being handed his first senior job with Atletico Mineiro. 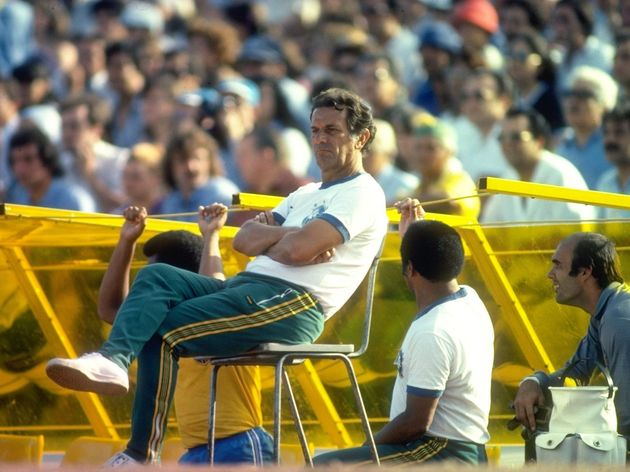 He led Atletico Mineiro to the league title in 1971 which, for many years, stood as his only competition victory. Spells with various Brazilian sides followed, and it was not until 1980 that Santana fought his way back into the limelight.

The Brazilian national team came calling, which is the ultimate honour for any native. At the time, fans had grown frustrated with former boss Claudio Coutinho, who favoured results over attractive football. They needed something new, and the belief was that Santana could provide it.

He got off to a challenging start, with fans booing his side off the field just 45 minutes into his reign. Fans were less than excited about his tactics, whilst his team selection often left many supporters scratching their heads.

Santana called for patience from fans, and things soon turned positive. Players began to understand his desire for attacking football, and his impressive performances at the 1980 Mundialito tournament had earned him plenty of fans across the world.

There was real optimism that Brazil, featuring the likes of Socrates, Zico and Falcao, would be able to win the 1982 World Cup. Their free-flowing style of football made them one of the finest international sides in history, and that was largely down to Santana.

They stormed to victory in their first four games, including a dominant 3-1 win over Diego Maradona's Argentina, but shockingly came unstuck against Italy in the final game of the second group stage.

Brazil simply needed a draw to progress, and they had that all but wrapped up at 2-2. However, Santana's desire to keep attacking came back to haunt him, as Brazil ultimately found themselves exposed at the back and conceded an unnecessary third which saw them crash out of the competition.

Fans were furious at Santana's perceived naivety, questioning why he would leave Brazil so vulnerable defensively for no good reason, and the manager stepped down from his position soon after.

A spell with Al-Ahli followed, before he was recalled to Brazil for the 1986 World Cup. He kept the core of his 1982 side, but a combination of age and injuries meant that Brazil were no longer who they once where, even if they were still one of the world's top sides.

They ultimately fell to France in the quarter-finals, in a game which is widely viewed as one of the most technically impressive of all time. The two sides were utterly astonishing, but it was the French who advanced after a penalty shootout.

Santana stepped down once again following the defeat and spent several years with various Brazilian sides. By the time 1990 came around, he found himself leading Sao Paulo.

Sao Paulo were in disarray when they turned to Santana, and they needed the Brazilian icon to bring some of that attacking flair back to Brazilian football. With the likes of Cafu, Rai and Leonardo in his squad, Santana did just that.

Over the next three years, Santana led Sao Paolo to two league titles and two Copa Libertadores triumphs, but that was only the beginning of this era of dominance.

Their Copa Libertadores victories earned them a place in the Intercontinental Cup final, where they would meet the winner of the European Champions Clubs' Cup (now the ​Champions League). In 1992, they stormed to a 2-1 victory over Johan Cruyff's ​Barcelona, before they defended their title against Fabio Capello's ​AC Milan the following year.

These were two of the finest teams which the world had to offer, yet Santana's Sao Paulo dominated both with ease. Their brand of football was utterly astounding, and the team managed to translate that into historic success.

Sao Paulo's glory years came to an abrupt end in 1996 when Santana was forced into retirement after suffering a stroke. After years of ill health, Santana passed away in 2006, and Brazilian football came together to remember one of the most influential men in the country's glorious history.

By the time he joined Brazil, attacking flair was nothing new to the Selecao. They already had three World Cup titles to their name, but the need for beautiful football was often more important.

"I would rather lose playing good football than win playing mediocre stuff."

When they weren't getting that, they turned to Santana, who helped Brazil fall back in love with football. Winning was optional, but stunning play was mandatory.

He showed the word what Brazil were all about, and traces of his game can still be seen today. We often hear about Brazilian defenders only wanting to attack, and that is largely down to Santana.

Number 21: ​Otto Rehhagel: The 'King' Who Turned 150/1 Greek Outsiders into Champions of Europe