​AC Milan striker André Silva has left the team's training camp, with his move to AS Monaco reportedly on the verge of completion.

The 23-year-old has struggled to live up to the early promise he showed as a youngster and was therefore sent out on loan to Sevilla last season to help rejuvenate his scoring ability.

However, his performances were not good enough for the La Liga side to trigger his €35m buyout clause meaning he went back to Milan ahead of the upcoming season. 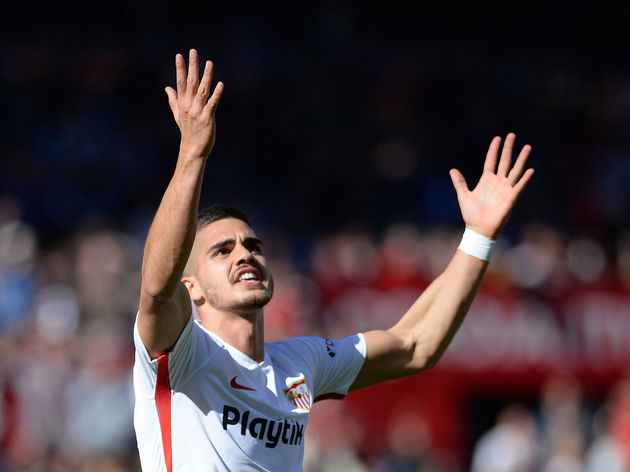 According to ​Calciomercato, ​Milan do not see Silva as part of their plans and are prepared to ship him out to the Ligue 1 side for a reported fee of €30m including bonuses. Silva is also reported to have said his goodbyes to his teammates as he left the

The report indicates that the funds raised from this transfer will be used to acquire ​Atlético Madrid forward Angel Correa, with Milan's technical director Paolo Maldini set to meet with the La Liga giants.

This will be a bitter pill to swallow for Silva as his stock has plummeted since his move to Milan from Porto in 2017, when he was regarded as one of the best young strikers and the future of Portugal's national team.

He managed to score ten goals in his only season playing for the ​Serie A outfit, losing the starting berth when manager After a poor time in Milan, a change of scenery was needed and Sevilla snapped up the Portuguese striker on loan. After scoring seven goals in as many appearances in ​La Liga, the striker's form dwindled and an injury late on in the season meant his time at Seville came to an abrupt end.