Bayern Munich: 5 of Die Roten's Best Youngsters Who Deserve a Shot at the First Team in 2019/20

​Bayern Munich are desperate to become the top dogs of European and world football but are struggling to bring in some big names in order to challenge at the highest level.

Having completed deals for French defenders Benjamin Pavard and Lucas Hernandez in January this year, the Bavarians have yet to bring in a marquee signing this summer - which could hurt them in the hunt for the Champions League and Bundesliga titles next season. 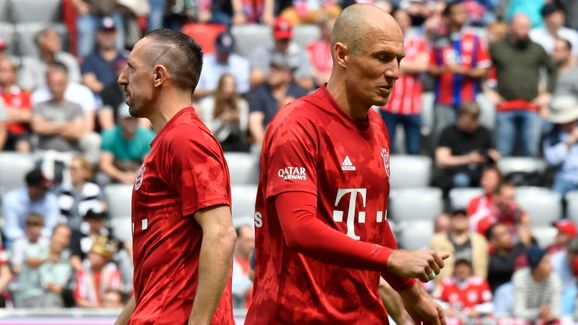 With experienced and quality veterans like Arjen Robben and Franck Ribery ending their time with ​Die Roten and, so far, no notable signings this summer, Bayern have to look from within to see if there is hope for them to challenge in all fronts.

Therefore, here is a list of five young prospects who deserve to muscle their way into the first-team plans for 2019/20. Despite Bayern being quite good in the goalkeeping department, with Manuel Neuer and Sven Ulreich in their ranks, it is important that 19-year-old Früchtl gets some experience at the top level.

With Neuer suffering multiple injuries over the last couple of years and on his way back to rediscovering his form, and Ulreich sometimes shaky especially in terms of playing out from the back, Früchtl deserves an opportunity to prove himself following a decent campaign for the youth team.

The German wonderkid kept 11 clean sheets in 17 appearances in the Regionalliga Bayern division which he and the Bayern II squad managed to win - partly thanks to his performances.

His great agility, reflexes and composure has earned him the 'new Neuer' monicker and he should be ready to fill the boots of the German number one when required to. Having made his debut for the first team at the end of the 2017/18 season, Mai was unable to play in the last campaign for the ​Bundesliga champions as they were not able to steamroll the league as they usually do.

The German defender has been regarded as one of the brightest prospects at the club, which comes as no surprise as he has proven his worth with his sound defensive instinct and brilliant aerial ability.

Despite the signings of Pavard and Hernandez, the departure of Mats Hummels to ​Dortmund could leave a spot for him in the squad. With Jerome Boateng also likely to leave, the Bayern hierarchy were thinking of a replacement but the 6"3' centre-back has all the required qualities to replace the veteran. Bayern are very interested in finding replacements for Robben and Ribery and have touted the likes of Leroy Sané, Ousmane Dembele and Nicolas Pépé as targets.

However, it seems like none of those plans are going to come to fruition leaving a void in the winger department - step up Batista Meier. The youngster is capable of playing on either wing but was deployed as a left-winger last campaign for Bayern's Under-19 side where he excelled and demonstrated his potential.

After managing to contribute to nine goals in 11 appearances in the Under-19 Bundesliga, Meier suffered an ankle injury that effectively ended his season and progression. Hence, it is likely that he will play for Bayern II at the start of the season before making it to the first team. Another winger capable of playing for the first team is Canadian Alphonso Davies. Having joined the club in January from ​MLS side Vancouver Whitecaps for €10m, the winger struggled to make the transition to the Bundesliga straight away. Recently signed from Hamburg, Arp has been seen as Germany's number nine for the future for a couple of years now. The striker is a superb poacher and, in his words, has modelled his game around ​Tottenham's star striker Harry Kane. He had a difficult season for Hamburg in the 2. Bundesliga but that could be due to him playing more games on the wing instead of as a striker.

The 19-year-old's best attribute is his attitude and willingness to improve, insisting on remaining at Bayern rather than leave the club on loan as he would like to learn from Bayern's current number nine Robert Lewandowski.

Arp has played well in the pre-season games against ​Arsenal and ​Real Madrid and will look to kick on at his new club.