Africa Cup of Nations: 2019 Team of the Tournament

The 2019 Africa Cup of Nations came to a close on Friday, as Algeria prevailed over Senegal to lift the trophy for the second time.

The final was the culmination of an excellent tournament, which played host to 24 teams for the very first time.

Plenty of established players enhanced their already glowing reputations, a number of unknown quantities made a name for themselves and some may have even put themselves in the shop window for the remainder of the summer transfer window.

With that in mind, here's a look at 90min's AFCON team of the tournament. 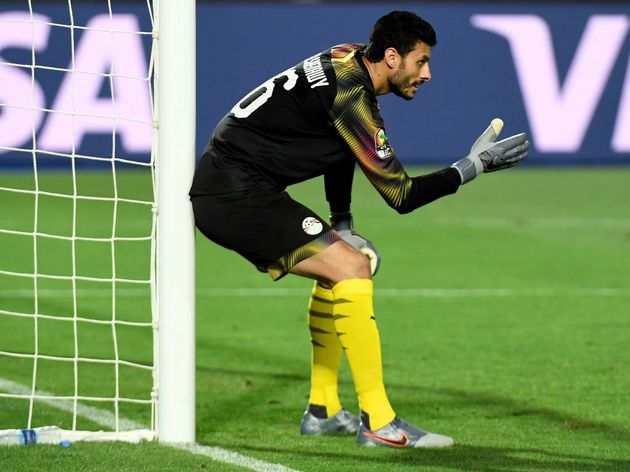 Algeria keeper Rais M’bolhi ended the tournament with the best statistical record, having conceded only two goals on the way to lifting the trophy, but Mohamed El-Shenawy's performances for Egypt were nothing short of heroic at times.

The Egyptian keeper was excellent for the host nation during the group stages, bailing them out on a number of occasions against DR Congo and Zimbabwe.

Despite being knocked out in the round of 16, El-Shenawy ended the tournament with the second highest number of saves - 15. A contender for player of the tournament, Youcef Atal was on fire for Algeria prior to his unfortunate injury against Ivory Coast which ruled him out for the final two matches.

The Nice man was a constant threat down the right-flank, carrying the ball with effortless ease, and was able to match his offensive prowess with some neat defensive work.

He averaged three tackles per game and also provided an all-important assist against Guinea which sent Algeria into the quarter-finals. Omeruo hasn't been a regular fixture in the starting XI for Nigeria in recent years, with Leon Balogun and William Troost-Ekong being preferred at the 2018 World Cup, but the Chelsea man delivered in Egypt.

He was in fine form throughout the Super Eagle's run to the bronze medal, demonstrating fine defensive work, and he even provided a significant threat at the other end of the pitch, registering a goal and an assist.

He may not have a future at Chelsea, but if he can perform to the same level on a consistent basis then he could prove to be an astute signing this summer. Rugged, uncompromising and dependable, Djamel Benlamri was a consistent presence at the back for Algeria.

The 29-year-old, who plays his football in Saudi Arabia, rarely put a foot wrong and formed a formidable partnership alongside Aissa Mandi, helping to keep five clean sheets.

His commitment to the cause was never in doubt, proven by his willingness to carry on in the final despite receiving a nasty blow to the face. A tidy left-back, Youssouf Sabaly enjoyed an impressive tournament for Senegal, playing in every minute of their campaign.

His best performance came in the semi-finals as he ran the show on the left-flank, making countless contributions at the back and getting forward at any given opportunity.

The 26-year-old usually lines up as a right-back for Bordeaux, making his performances on the opposite flank even more admirable. Idrissa Gueye has forged a reputation as a tough-tacking defensive midfielder with Everton, but he was asked to play in a more advanced role for Senegal this summer - and did so to great effect.

He didn't shirk his defensive duties, however, and was deployed as a box-to-box midfielder, providing sufficient support at both ends of the pitch, which is something Everton could look to take advantage of next season.

He notched an assist in the group stages and scored the winning goal against Benin which sent Senegal into the quarter-finals. Ismael Bennacer's outstanding performances for Algeria saw him win the official CAF Player of the Tournament award, so his place in this XI was always going to be guaranteed.

Bennacer pulled the strings from a deep-lying midfield position to dictate the tempo for Algeria, using his excellent range of passing to great effect, contributing to three assists.

The Empoli man is unsurprisingly being linked with a big-money move this summer, with Milan looking to be the leading candidates to land his signature. Adam Ounas scored a brace in Algeria's opening game, but he was unable to displace Youcef Belaili in the starting XI for the remainder of the tournament, which exemplifies just how important the Esperance Tunis man was.

He scored two important goals - one being the winner against Guinea in the round of 16 - and was an ever present for Algeria as they marched to success.

His overall performance against Guinea was also one of the best individual displays of the tournament, which is some going when you consider the talent that was on display over the past month. Fresh from winning a historic domestic treble with Manchester City, Riyad Mahrez now has an international trophy to add to his growing collection.

He exhibited the same winning mentality which has seen him achieve so much success in the Premier League over the past few years, contributing three goals to Algeria's cause - including a stunning last minute free-kick to send his side to the final.

The win caps off a successful 12 months for Mahrez and he will now be making the most of a much-deserved break before returning to action with City as they continue their irrepressible dominance. Sadio Mane confessed that he would happily trade in his Champions League winners medal for AFCON glory this summer, but it wasn't quite to be for the Liverpool man.

Without him, Senegal almost certainly wouldn't have reached the final in the first place, as he inspired his side with three goals in six games. His tally could have been even more impressive had he converted the two penalties he missed during the course of the tournament.

Like Mahrez, Mane will now be settling down for the summer before returning to action with Liverpool after the start of the Premier League season. Given the wealth of attacking talent on show in Egypt, very few would have predicted Odion Ighalo to finish the tournament as the winner of the Golden Boot.

The Nigerian striker did just that, scoring five goals in seven appearances for the Super Eagles, which was two more than anyone else managed to achieve.

His overall game wasn't totally convincing, but his finishing was undeniably excellent and he proved to be the match winner on several occasions, sending Nigeria on their way to the final four.