Liverpool are still in the midst of their pre-season preparations after wins against Tranmere Rovers and Bradford City.

Jürgen Klopp's side recently embarked on their US Tour where they faced Borussia Dortmund and will battle it out with Sevilla and Sporting CP, before finishing off their summer with games against Napoli in Edinburgh and Lyon in Geneva.

But attention is already turning to that Premier League opener against Norwich City on August 9 at Anfield. The Reds will be hoping to go one step further in 2019/20 and claim the ultimate prize of the Premier League title.

As of right now, without speculatively looking to future signings that may or not happen - here's how Liverpool should line up against the Canaries next month.

Alisson Becker (GK) - The Brazilian number one will return to face Norwich on the Friday night having been victorious in the Copa America and will be full of confidence going into the match and the new season. He will be eyeing the Golden Glove next campaign, having secured it in 2018/19. Trent Alexander-Arnold (RB) - One of the first names on the team sheet, the 20-year-old has locked down the right back position, having impressed throughout the whole of last season, clocking up 13 assists. A no brainer. Joe Gomez (CB) - Liverpool fans could see Joe Gomez make a return to first-team action, having stained a lower leg fracture during the Reds' 3-1 win at Burnley on December 5 last season. He could be given the nod ahead of Joël Matip. Virgil van Dijk (CB) - He picks himself, really. Will continue where he left off last season. The 28-year-old towering colossus will be the go to man at the back as always. It will no doubt be another successful campaign for the Dutchman. Andrew Robertson (LB) - The 26-year-old Scot clocked up a staggering number of assists last season. Another one of Klopp's key playing staff, Robertson has been a breath of fresh air since arriving from Hull City for £8m in 2017. Fabinho (DM) - Despite a slow start to his Anfield career, following his £44m move from AS Monaco last summer, the Brazilian is another who has been formidable in the Liverpool midfield. Now a crucial member of the starting XI, he is the steel the Reds need in the middle. Jordan Henderson (CM) - Now 28, the Reds captain is 'hungry for more' trophies and will no doubt form part of Klopp's middle three for the majority of the season, including the first game at Anfield. Georginio Wijnaldum (CM) - His two goals against Barcelona were incredible, but it's the Dutchman's performances throughout last campaign which haven't gone amiss. A baller and terrier in the middle, he will be expected to start, especially with Naby Keïta injured. 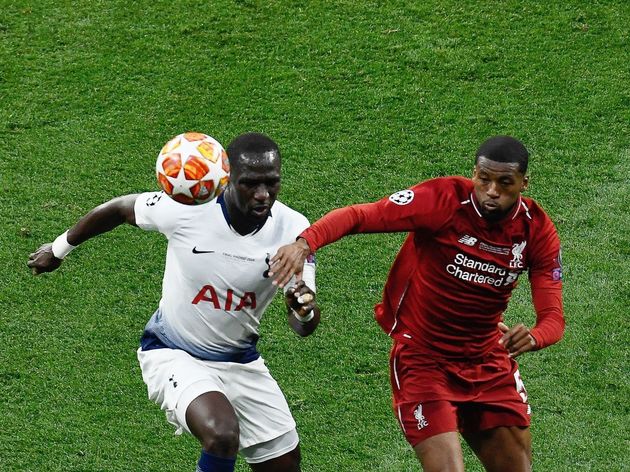 Alex Oxlade-Chamberlain (RW) - The 25-year-old could make a return on the opening day, having been absent for over 12 months due to a knee and hamstring injury. Oxlade will be like a new player for the Reds and will most likely replace Sadio Mané, following his Africa Cup of Nations (AFCON) participation. Roberto Firmino (CF) - Fresh off the back of a successful Copa America, the Brazilian will be fit and firing on all cylinders, hoping to help the Reds to victory over Norwich. With 16 goals in all competitions last campaign, the 27-year-old will lead the frontline. Divock Origi (LW) - Having signed a long-term contract to remain at Anfield, Liverpool's Champions League hero will most likely be drafted in to replace Mohamed Salah, following his participation in the AFCON. With a lot of power and pace, he will be eyeing goals against the Canaries.