Leicester City: How the Foxes are Set to Defy the Odds Again & Break into the Top 4 Next Season

If there's any team who know how to defy the odds in the Premier League, it is Leicester City. And in 2019/20, the Foxes are going to harness the spirit of 2016 to finish in the top four of the Premier League and secure Champions League football at the King Power Stadium.

After Leicester won the Premier League back in 2016, the top six has comprised of Manchester City, Liverpool, Chelsea, Tottenham Hotspur, Arsenal and Manchester United ever since. But Leicester are in the perfect position break their stranglehold on the top six spots in English football next season, and here's why. Let's start with this summer's transfer window, where so far ​Leicester's business has been as good as most, ​if not all of their Premier League rivals.

Youri Tielemans: The young Belgian was sought after by a number of big six clubs, but it is a testament to Leicester's prospects that the King Power Stadium was his preferred destination. With three goals and five assists on loan last season, Tielemans had a direct involvement in a goal for every 136 minutes he was on the pitch.

Ayoze Perez: If his performances from February of this year onward are anything to go by, the Foxes have got a world-beater on their hands. While contrary to the form shown in the previous three and half seasons in English football, it is important to note the Perez's excellence in 2019 was no fluke. For the first time, the Spaniard was surrounded by quality players in Salomon Rondon and Miguel Amiron and the ten goals this calendar year were just reward after years of being starved of service.

With the likes of Tielemans, Jamie Vardy, James Maddison et al. around him, Perez is bound to continue his red hot form into 2018/19.

James Justin, Ali Reghba and George Hirst have also been added to their roster and are expected to play valuable roles as squad players. This has even been on display in Rodgers' short spell so far at the King Power. Once he had got to grips with his squad, there were few better teams than Leicester last season. In the last ten games of the 2018/19, Leicester were the fifth best team in the ​Premier League, picking up 17 points in that period and finishing above Chelsea, Tottenham Hotspur and Manchester United.

Considering one of the teams with a better record was ​Crystal Palace, who are not expected to be in the picture next season, their credentials for next season have already been shown.

Brendan Rodgers joined LCFC in January , revived the players and gave them an identity. Got Tielemans and Harvey Barnes on loan.
They have massively improved in the 5 months hes been there.

Of course, it'll take more than a ten game run of form to achieve anything spectacular and breaking into the ​Champions League spots will mean having to finish above three of the 'big six'. However, that may not be as tough as it looks.

​Arsenal seem to be in disarray off the pitch and their problems on the pitch are showing no obvious signs of disappearing. ​Chelsea have hired Frank Lampard - a promising, yet very inexperienced coach, who is currently unable to sign any players. ​Derby County's run to the play-off final was impressive, but their campaign last year was not without its flaws.

​United are clearly a massive force, but they are currently in transition and their similarly inexperienced manager will need to bed in a host of new, unproven signings. ​Spurs look to have done some good business so far, but after an incredible run to the Champions League final and with the ​risk of losing Christian Eriksen, there is every chance their form will drop too.

And even if you look at ​Liverpool and ​Manchester City...ok, no. Let's just forget about those two. 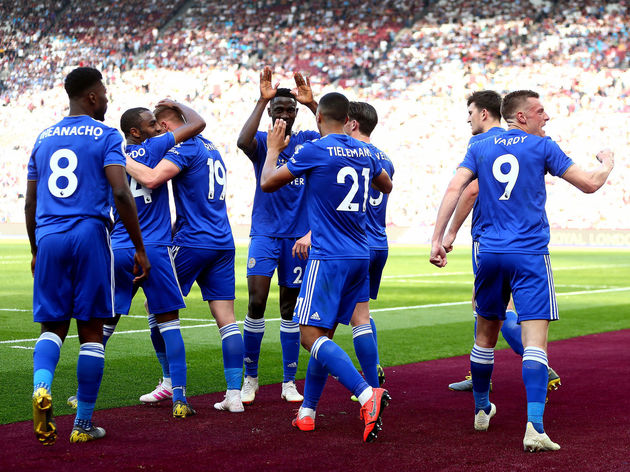 In the 2019/20 season, Leicester City will finish in the top four and cement themselves among the Premier League elite for years to come.