​Liverpool captain Jordan Henderson has insisted that English teammate Alex Oxlade-Chamberlain can be hugely important to the squad and can make a positive impact following his return from injury.

Chamberlain returned to action last April having suffered a serious cruciate ligament rupture that kept him out for a year ,but has always remained a positive influence in the dressing room according to skipper Henderson.

The winger, turned midfielder under manager Jürgen Klopp, has blossomed in Merseyside following his move from Arsenal in August 2017 and has been showing his quality early on in pre-season training. Speaking at a ​press conference ahead of a friendly with ​Borussia Dortmund, the captain said: “I'm very close with Ox, I've played with him for a number of years, especially at Under-21s [level] and now with Liverpool and England.

"So I’m quite close with him and he's a fantastic person. Off the field, last season he was a massive part behind the scenes, even though he had a really bad injury and I'm sure he will have been going through some painful times

"I hope he can just show everybody what he’s capable of, like he did before he got injured. He's looked so strong, so good in training. 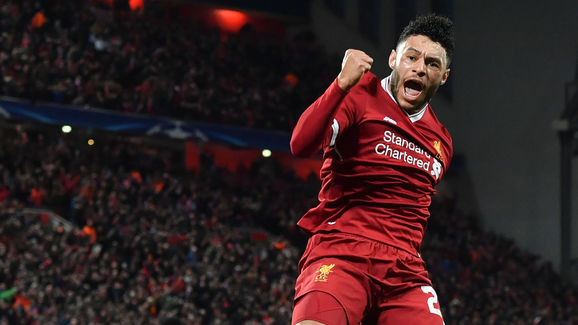 "This pre-season is important for him, just to get back to playing games regularly and to get his match fitness back. I'm sure once he does that then he’ll be flying again.

"He's like a new signing for us, he's such a fantastic player, so powerful, and he gives us something different in this team.

With the Reds looking to compete in all competitions, Oxlade-Chamberlain's services are undoubtedly needed, especially after injury problems hampered their midfield last season with the likes of Naby Keita missing a number of games.

Having also scored crucial goals for ​Liverpool like his goals against ​Manchester City in both the ​Premier League and Champions League, Chamberlain has proved that he is able to produce at the highest level but he will have to stay fit for the upcoming campaign if he is to make an impact.