​Liverpool and Senegal forward Sadio Mane has doubled down on previous claims that he would swap his Champions League winner's medal for Africa Cup of Nations success.

Mane could cap an incredible 2018/19 season with international success should Senegal triumph over ​Algeria in Cairo on Friday night.

The 27-year-old forward has been key for Aliou Cisse's side, scoring three times in five games on the way to the way to only the second final in their nation's history. 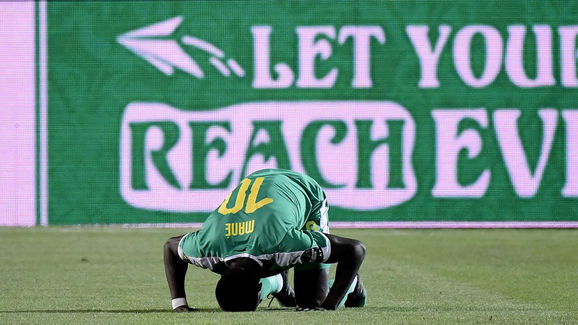 Mane was also a crucial player in ​Liverpool's Champions League win and joint won the Golden Boot in the Premier League with 22 strikes. However, sticking by comments he made before the tournament, it seems ​AFCON is what matters most to him.

"For sure, I would be ready even today [to swap]," he told the BBC (via the ​Mirror). "Maybe I don't need to swap when we win it hopefully.

"We know it won't be easy but it's normal, it's part of football. Algeria is a great team and now I'm just looking forward to playing in the final and to win it." Despite conceding just once in the tournament so far, Senegal are perhaps slight underdogs going into the final against Algeria - who beat them 1-0 in the group stage.

Mane's form has been crucial for Senegal but the defence will need to be at its best to keep out tournament top scorers Algeria, with Riyad Mahrez (Manchester City) and Adam Ounas (Napoli) impressing among others.

Regardless of whether Mane lifts the continental crown on Friday, he is likely to miss the start of Liverpool's 2019/20 campaign, with ​Jurgen Klopp planning a necessary break for the forward.

Sadio Mané is the man with the most number of attempted dribbles at #TotalAFCON2019 with 3️⃣4️⃣!
2️⃣0️⃣ of them were successful - that's 59%! pic.twitter.com/5dZic9dmkx

​The Liverpool boss said: “With Sadio, we have to see about him after the final – how he is feeling and stuff like that. It will be really difficult. 16 days before we play City, his season is finished. We will have to make a decision, but we haven’t made it yet.”