On a more serious note, Pereira, who is expected to have a bigger first-team role this season after 22 appearances in 2018/19, spoke of the importance of Pogba in the United squad, as well as the specific influence that he continues to have on Pereira's own career. "I might steal his phone so he doesn't speak to anyone!" the Brazilian international is quoted as saying by the Daily Mail.

"Just in the group he is a great person. It will be very important if he stays with us. He is a very good player and top-class as a person as well. I learn from him every day. He is one of my closest friends, I've been here with him since 16 years old, so he is like family to me."

Both Pogba and agent Mino Raiola have publicly spoken of a desire to leave United this summer, just three years after returning to Old Trafford in what was then a word record transfer. Pogba in particular expressed interest in finding a 'new challenge'.

United boss Ole Gunnar Solskjaer insisted this week that Pogba can still have that if he stays. 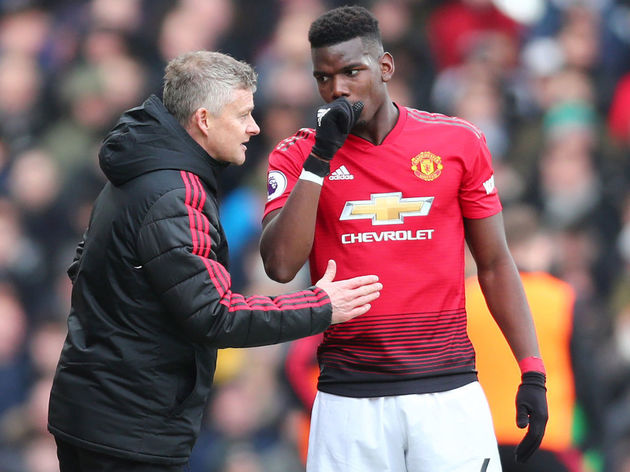 "I've not been upset by anything he's said because we've had many conversations and I know exactly what Paul is thinking. I can give him a new challenge," Solskjaer said.

"I've said many times about Paul that he's a top, top boy and a great player and he's never, ever been a problem. When we get him playing as he did when I came in, and if we get him playing like that again, he will win you over," the United boss added.

Solskjaer additionally confirmed that there have been no offers for Pogba.

Real Madrid remain the club most heavily linked with the 2018 World Cup winner, although the latest gossip from Spain suggests that Los Blancos may be ready to shelve their interest for another year after failing to make any headway in the deal.

It was suggested by Marca on Thursday that a meeting between club chiefs Florentino Perez and Jose Angel Sanchez and head coach Zinedine Zidane had resulted in the former telling the latter that a deal for Pogba this summer is 'near impossible' because United refuse to sell.