Champions League 2019/20: How Many Players Each of the Contenders Still Need to Sign This Summer

​Suns out, funds out - the European big boys are really starting to flash the cash in the sweltering summer heat. Look at the main contenders for the prize and it becomes clear that some have sorted their squads ahead of next season, whilst others are in desperate need of new recruits if they hope to be crowned kings of the continent come May.

Here's an assessment of where eight top teams are at and whether their current recruitment is up to scratch. ​Juve have assembled a phenomenal squad and need not spend any more on expensive new arrivals. Midfield pair Aaron Ramsey and Adrien Rabiot have both been lured to Turin after their respective contracts ran out, adding to an array of talented players that have joined on a free.

That's the middle of the pitch sorted, then. The competition for places in the engine room is simply frightening, whilst the colossal figure of Matthijs de Ligt will add considerable steel to the backline.

With Moise Kean continuing to develop, Federico Bernardeschi looking electric and that man Cristiano Ronaldo spearheading the attack, new coach Maurizio Sarri is in an excellent position to bring the first Champions League to the Bianconeri faithful this century.

Left back is the only slight concern and that's probably only the case if Joao Cancelo leaves.

How Many Signings They Still Need: 0 In similar fashion to Juventus, their Catalans counterparts have already beefed up a terrifying squad ready to make amends for their infamous collapse at the hands of ​Liverpool in May.

poor positioning, whilst a tendency to let his head drop is unacceptable. Compare Semedo with his fellow full-back Jordi Alba on the opposing flank, the Spaniard amassing 17 assists last term.

Full back is arguably the most important position in the field in the modern day, yet La Blaugrana have yet to find another remotely like Alba. Imagine the carnage were they to have someone with his skill-set bombing up and down the right, too.

With Marc Cucurella re-signed before heading out on loan, a backup to Jordi Alba wouldn't go amiss either.

How Many Signings They Still Need: 1 If they are to mount a serious challenge for a 14th European Cup next campaign, then the answer is yes - they need one more.

It sounds extremely odd to say this, but current Ballon d'Or holder Luka Modric isn't good enough, or at least not for crunch clashes with the likes of Juventus.

The playmaker will be 34 years-of-age in September and his powers are evidently on the wane as he nears the end of his career.

One more marquee signing, one more brilliant midfielder, is what Los Blancos need to have a shot at reclaiming their throne. Paul Pogba, anyone?

How Many Signings They Still Need: 1 The astute signings of Rodri and Angelino have strengthened Manchester City's obvious areas in need of extra bodies but there is still a need to find someone to fill the sizeable hole left by club captain and legend Vincent Kompany has gone and there is now a sizeable hole to fill. Nicolas Otamendi is hardly the best replacement available if Pep Guardiola wants to get that elusive ​Champions League triumph.

Speculation that they would move for Harry Maguire or de Ligt has proved false, though that is no issue; there are plenty of centre-backs about, including ​Tottenham Hotspur's Toby Alderweireld.

Despite City's approach for Juve's Cancelo, another full back is a luxury they probably do not need. A striker, though, would do mighty fine. Sergio Aguero and Gabriel Jesus have each struggled with fitness in recent years, and the latter is really a wide forward by trade.

Still, there's no need to fork out any eye-watering fees, a capable forward - rather than some ready-made world-beater - is all that is required to allow both of the South American duo a breather in domestic action from time to time.

How Many Signings They Still Need: 2 In order to make a strong defence of their title, ​Liverpool need only to tinker with their squad, not revolutionise it. In fact, their starting lineup is splendid, but they ought to add depth to avoid burnout with the extra Super Cups and World Club Cups on the schedule in the months to come.

One key area for recruitment is left back, with the Reds losing the much-maligned Alberto Moreno to Villarreal this summer. To avoid James Milner having to fill in, Jurgen Klopp should really be eyeing up a reliable, specialist understudy for Andrew Robertson.

The return of Alex Oxlade-Chamberlain is near enough a new signing and injects bucket-loads of energy into the midfield, while Rhian Brewster is a player the Kop have waited to see in action for some time. However, the Merseysiders could do with bringing in one more backup forward having also lost the lethal - albeit injury-prone - Daniel Sturridge.

Oh, and Philippe Coutinho? If I were Klopp, I wouldn't touch him with a barge pole.

How Many Signings They Still Need: 2 The early signings of Lucas Hernandez, Benjamin Pavard and Jann-Fiete Arp look as shrewd as any across Europe but Bayern Munich still have some work to do this summer.

First and most controversially: I don't care how good Manuel Neuer used to be, he needs to go.

The margins for error are tighter here than anywhere else and the goalkeeper has made too many of them. If you want to give yourself a chance of winning the Champions League, you select players on form, not reputation.

Likewise, Jerome Boateng is an accident waiting to happen and ​Bayern would be well-advised to find a more suitable partner for the rock that is Niklas Sule. That could be Javi Martinez, though his presence in the centre of the pitch is essential.

Finally, Die Roten must take the weight off of Robert Lewandowski's shoulders as the Polish hitman nears the age of 31. Thomas Muller can't do that after he was switched to a deeper role, but there are many ​Bundesliga strikers who would be willing to play second fiddle at the Allianz Arena.

Jean-Philippe Mateta is one such player that comes to mind, the Mainz man collecting 14 goals and nine assists in a distinctly average side. ​Atletico have made a net profit of nearly £100m in this transfer window, but that isn't what wins you trophies. Spending that money may help towards that end, however.

Mario Hermoso has ​joined from Espanyol to cover left and centre back, but they would ideally have a fleet-footed flyer for the former. Otherwise, they are considerably underpowered after losing Lucas Hernandez to Bayern.

Rodri too has departed and whether Marcos Llorente and Hector Herrera can fill his boots remains to be seen. Perhaps a player like Blaise Matuidi, who may be squeezed out at Juventus following the arrival of Rabiot, would be an ideal addition to Diego Simeone's hard running side. 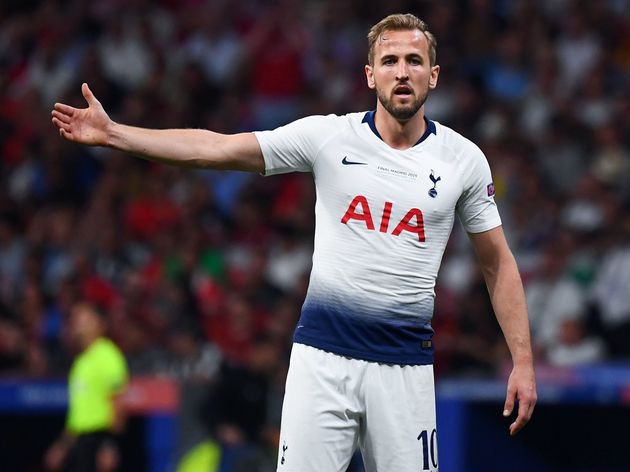 With Tanguy Ndombele added to the first team so far this window, Mauricio Pochettino's side already look stronger than they did last season.

Even if Alderweireld leaves, Spurs are fine at centre back given the continued improvement of Juan Foyth and the capabilities of one-time record signing Davinson Sanchez.

It's a different story at full back, though, after Kieran Trippier upped sticks and switched ​Premier League for ​La Liga. Serge Aurier won't not win you the League Cup, let alone the Champions League.

Of course, the big name seemingly on his way out of north London is Christian Eriksen. Taking on the creative duties for Mauricio Pochettino should be Giovani Lo Celso, the Real Betis midfielder having long been linked with a move to Tottenham.

The little name on his way out - on the other hand - is Fernando Llorente, who's contract expired in July. He had his doubters, but the Spaniard made a decent alternative to anything else at Pochettino's disposal, which is a solid option to have when Spurs are struggling to break down their opposition.