Despite manager Ole Gunnar Solskjaer praising Scott McTominay and Andreas Pereira this week - both performed well in a pre-season friendly against Leeds - United are thought to be in the market for a new midfielder, regardless of whether Paul Pogba stays or goes.

Newcastle talent Sean Longstaff and Sporting CP's Bruno Fernandes have been the most talked about players, while there have also been others like Trabzonspor captain Yusuf Yazici.

But ​CalcioMercato alleges that United see Zaniolo as a 'perfect signing' and will 'try to sabotage' the attempts of both Juventus and Tottenham to sign the Italy international.

Certainly, a young player with plenty of potential and future prospects would fit with United's altered transfer policy that has seen the club stop targeting high profile established stars. 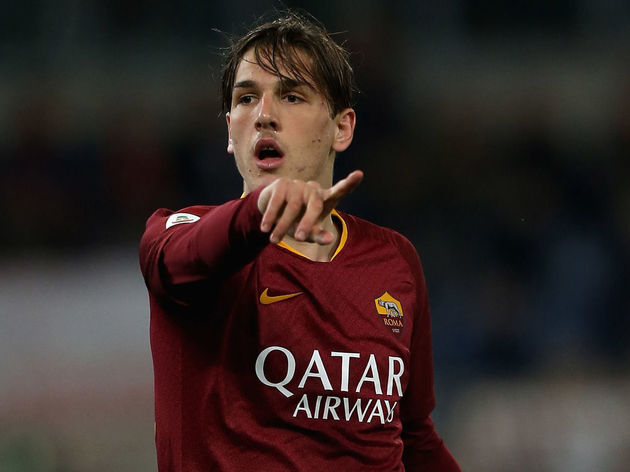 Whether interest from Old Trafford is too late, assuming it is actually genuine, is too late is another matter. Another report emerging from Italy suggests that Zaniolo has taken a 'strong liking' to Tottenham, although he isn't expected to actively push for a transfer.

The same report, however, notes that Juventus are 'not prioritising' a deal for Zaniolo.

What may benefit Spurs in their pursuit of Zaniolo is Roma's own rumoured pursuit of Belgian centre-back Toby Alderweireld. Talks between the Serie A club and the player's camp were thought to have taken place earlier this month as Roma look to trigger a £25m release clause. Hailing from Tuscany, Zaniolo began his professional career with lower league Italian club Virtus Entella, before joining Inter in 2017. He made no senior appearances in Milan and was allowed to join Roma as part of the 2018 deal that took Radja Nainggolan to Inter.