Louis van Gaal is number 22 in 90min's Top 50 Great Managers of All Time series. Follow the rest of the series over the course of the next five weeks. You can find Jamie Spencer's Van Gaal career overview ​here.

Having worked at four of the biggest clubs in the world - Ajax, Barcelona (twice), Bayern Munich and Manchester United - he was famed for handing debuts to emerging talents.

Barcelona legends Xavi, Carles Puyol and Andres Iniesta all owe a gratitude to Van Gaal for that, while his influence was key as German icons Bastian Schweinsteiger and Philipp Lahm made the transition from talented youngsters to world class stars in their mid-20s.

But Van Gaal's finest and most famous work came during his time at Ajax, his very first job in football management, as he guided a team of largely home grown talent to European glory.

This is the best XI of his remarkable career... 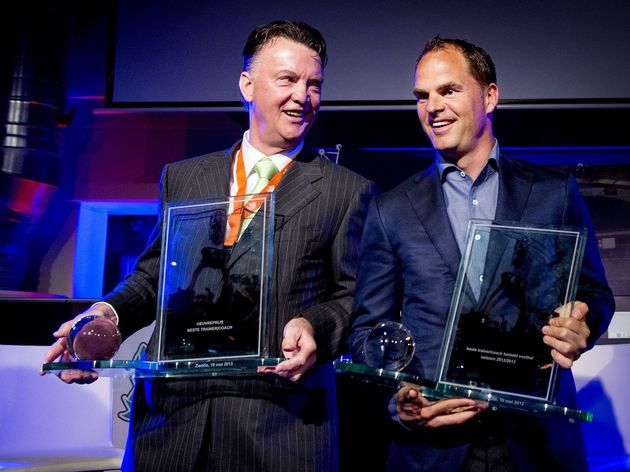 Edwin van der Sar (GK) - The legendary goalkeeper's rise coincided rather perfectly with Van Gaal's, with Van der Sar establishing himself as Ajax number one by 1992. He was named Best European Goalkeeper by UEFA in 1995 as Ajax won the Champions League and was Dutch Goalkeeper of the Year four times under Van Gaal's tutelage

Michael Reiziger - After back-to-back loans out, Reiziger was brought back to Ajax at the start of the glorious 1994/95 season and was an ever present at right-back. He left Amsterdam as a free agent in 1996, but Van Gaal later saw fit to sign Reiziger at Barcelona for a sizeable £7m.

Danny Blind - A senior figure in Van Gaal's all conquering Ajax side, Blind was the captain who lifted the 1995 Champions League trophy. He and Van Gaal were actually teammates at Sparta Rotterdam for several seasons in the early 1980s and they have been close friends for 40 years.

Frank de Boer - The classy defender played for Van Gaal at both Ajax and Barcelona, winning the Champions League with the former and La Liga with the latter. De Boer explained during an appearance on Sky Sports in 2018 that his mentor's biggest strength was helping talented young players reach their full potential - "He could manage that so perfectly". 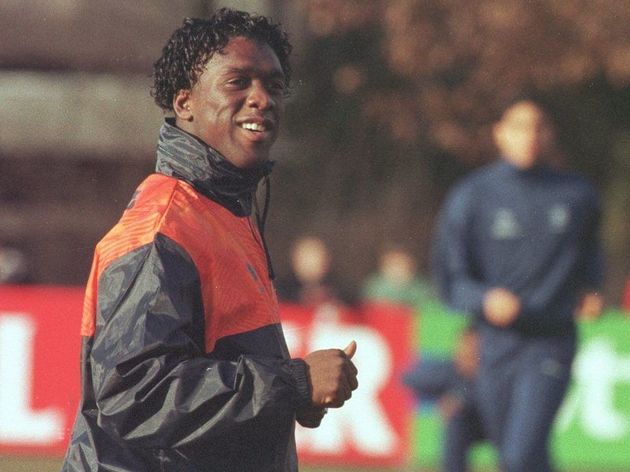 Luis Figo - Although he would eventually become hated in the city, Figo was revered at Barcelona during Van Gaal's first spell at Camp Nou, winning back-to-back La Liga titles in 1997/98 and 1998/99, as well as the Copa del Rey and UEFA Super Cup.

Clarence Seedorf - A debutant for Van Gaal at the age of 16, Seedorf won the first of four career Champions League titles under the Dutch master. Aged 18, Seedorf played 48 times for Ajax during that 1994/95 season alone, although he was among the very first high profile Bosman signings when he left to join Sampdoria in the summer of 1996.

Marc Overmars - Van Gaal moulded Overmars on and off the field, with the electric winger a star at throughout the early to mid 1990s. Since retirement he has become a renowned director of football at Ajax and has maintained close contact with his old boss, revealing that Van Gaal predicted the club's incredible 2018/19 Champions League run before anyone else.

Jari Litmanen - Although not home grown like many of the others, a prolific Litmanen was arguably the star of Van Gaal's golden Ajax team. The Finn also joined his boss at Barcelona in 1999, while in 2015 he commented: "Finland has shaped me as a footballer, but Van Gaal added the last fifteen, twenty per cent. He was demanding and honest. He saw everything."

Rivaldo - "I don't like Van Gaal, and I am sure that he doesn't like me, either." Those were Rivaldo's words when the Brazilian left Barcelona in 2002. The pair had fallen out during Van Gaal's first spell at Camp Nou, but Rivaldo actually played the best football of his career in the Dutchman's team and won the Ballon d'Or and FIFA World Player of the Year award in 1999.

Patrick Kluivert - Van Gaal's faith gave Kluivert the opportunity to become the youngest goalscorer in a Champions League final when he scored Ajax's famous late winner in 1995 at the age of just 18. The master also signed the apprentice for Barcelona in 1998 and years later appointed Kluivert to his coaching staff on the Dutch national team.