​Neymar's father and agent is to meet with Juventus sporting director Fabio Paratici as the Brazilian continues to explore the possibility of leaving Paris Saint-Germain.

While not publicly stating his desire to leave the French champions, it is widely accepted that the 27-year-old is seeking a summer exit from the club - claims which were ​backed up by manager Thomas Tuchel earlier this week.

A return to ​Barcelona has long been in the offing, as ​Neymar's former side have begun experimenting with a variety of deals that would see the forward return to the Camp Nou.

However, it has been revealed by RAI Sport (via ​Mundo Deportivo) that the player's father has arranged a meeting with the Serie A side in Turin and, although no date has been set for the talks, the Italian outlet state a meeting is to take place.

It is added that the talks are not being classed as negotiations and that signing Neymar is far from a priority, especially given that the club spent £80m on Cristiano Ronaldo last summer, and on Thursday completed a ​​​€75m move for Matthijs de Ligt.

Financially the move doesn't make sense, although the reports coming out of Italy by RAI state that if an opportunity presented itself, from an economically viable position, then signing the former Santos player isn't out of the question. 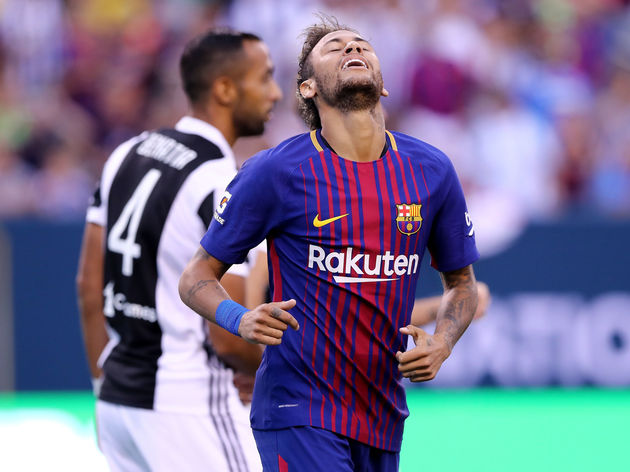 As it goes, Neymar to ​Juventus remains hugely unlikely, and the move from Neymar's father may merely act as a timely reminder to PSG that there are other clubs interested in the forward - thus prompting the Ligue 1 side to possibly lower their asking price or ease their stance in negotiations.

Moreover, it also comes down to the player's wishes. As mentioned, Neymar has not publicly stated his wish to return to Spain, yet few would assume he like to play anywhere else should he leave France.