​Arsenal are closing on three signings this summer, with the most likely deal to be completed first the one for French defender William Saliba - as the Gunners look set to 'win' the race for the highly-rated defender.

Other transfers in the offing include those for Real Madrid's Dani Ceballos and Celtic's Kieran Tierney, the latter of whom has been at the centre of a repetitive and painful saga that has yet to find an acceptable conclusion between the two clubs.

The news is certainly something of a respite for ​Arsenal fans, however, as the ever-reliable ​David Ornstein has stated that Unai Emery's side will pip late incomers ​Tottenham to the signing of AS Saint-Etienne centre half Saliba. The move is apparently 'close to completion', after the Frenchman's expressed his desire to head to the red part of north London.

One of the major sticking points for the Gunners was their unwillingness to loan the 18-year-old back to the Ligue 1 side for next season, but it seems as if they've caved in to Les Verts' demands.

Also in the pipeline are a loan move for Ceballos, with Arsenal now the front-runners to secure the Spanish star on loan - a move which would appease supporters given the interest shown in the ​Madrid midfielder from bitter rivals Spurs. 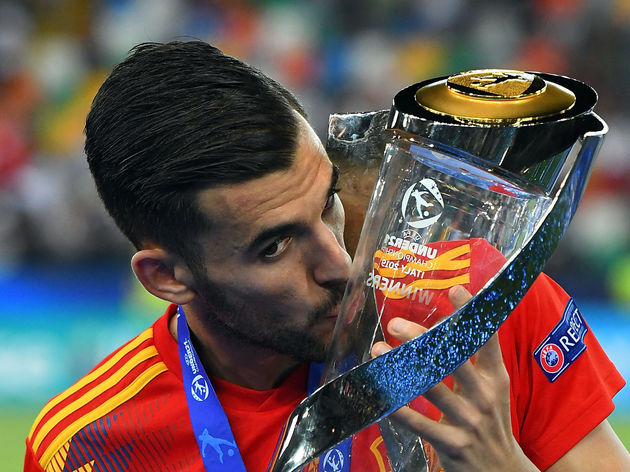 More frustratingly, however, is the move for Tierney. Ornstein stated that it is a deal Arsenal are to 'continue' their 'pursuit' for and, while few would bet against the deal being completed, it feels like it has been stuck at 98% like an old dial-up internet connection aiming to load a basic webpage.

It's welcome relief for the club's fans to see incomings on the horizon, yet the one that is closest to completion is in fact a player who wouldn't even wear red and white next year. Whatever is to transpire though, time is running out, with the ​Premier League window set to slam shut just over three weeks' time.