​Atletico Madrid have confirmed the signing of Tottenham right back Kieran Trippier for a fee believed to be worth £20m plus add-ons.

Trippier's future at Spurs was in doubt following the conclusion of the 2018/19 season and he was linked with Serie A sides Juventus and Inter.

However, Atleti have now confirmed the deal after Trippier passed his medical on Wednesday, revealing the England international has signed a three-year deal with the Spanish giants. 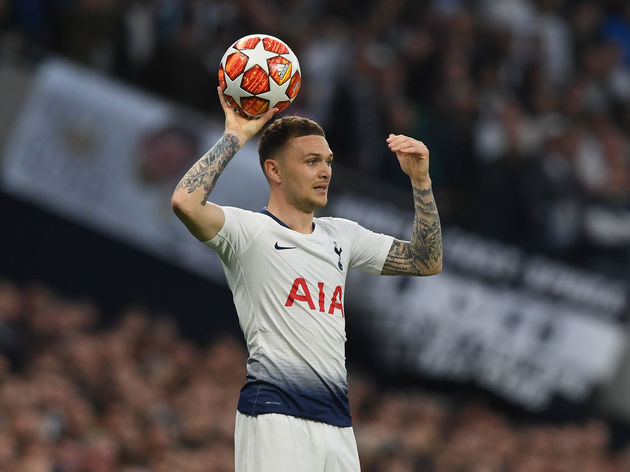 Trippier is ​Atletico's latest signing this summer, with the club having already signed Marcos Llorente, Felipe, Hector Herrera and Joao Felix among others. The former Burnley man will compete with Santiago Arias for a starting spot under Diego Simeone.

Trippier enjoyed a fine 2017/18 campaign and an even better World Cup, but his form tailed off the following season.

The deal leaves ​Tottenham with Serge Aurier and Kyle Walker-Peters as their recognised right backs, while Juan Foyth is also an option having played in that position for Argentina at this summer's Copa America.

Trippier made 114 appearances for the north London club after joining for £3.5m from Burnley, scoring two goals and helping them reach the final of the ​Champions League last season.