Mason Greenwood, Marcus Rashford, Phil Jones and Anthony Martial all got on the scoresheet for Ole Gunnar Solskjaer's side, with two wholly different XIs on the field in each half.

Here's a look at four eye catching things we learned from the game...

Pogba Is Head & Shoulders Above the Rest The game was almost too easy for Paul Pogba. He was clearly the best player on the pitch and went close to scoring three times during his 45 minutes of action in the first half.

The Frenchman created United's opening goal and was so strong on the ball, always seeming to keep the nearest Leeds defender at arm's length when in possession.

By 'almost too easy', that is to say that complacency and sloppiness crept in a few times because it was like he didn't need to try his best to be better than everyone else. As good as that sounds, because he has more in the tank, it would still be a concern when it comes to playing top quality opposition because it is never as simple as turning it on and off like a tap.

Wan-Bissaka, a Full-Back Who Defends 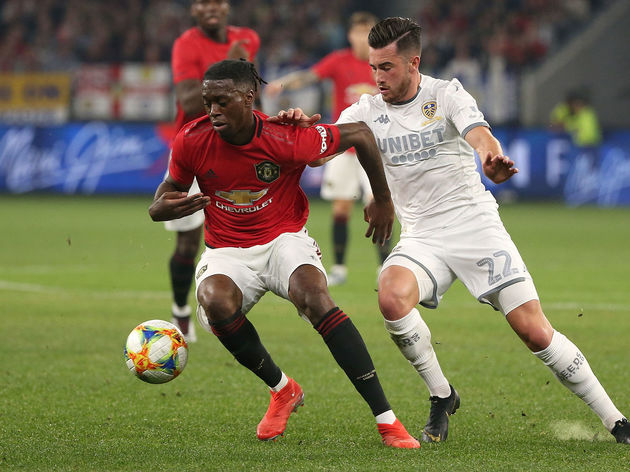 Aaron Wan-Bissaka was accused by the Manchester Evening News of not being 'adventurous' enough against Perth Glory on his unofficial debut. But within seven minutes of this game kicking off he had latched onto a forward pass from Pogba and crossed the ball for Mason Greenwood to open the scoring. Is that adventurous enough?

The thing is, though, Wan-Bissaka is a defender and United have paid £45m rising to £50m because he is good at defending. Such has been the influence of players like Cafu, Roberto Carlos and Dani Alves over the last 25 years, far too many modern full-backs are predisposed to attack and are not competent defenders, so it is refreshing to see one who actually is.

The 21-year-old showed that and gave Leeds little in the way of change. He was strong in the tackle, read the game well and was composed in his use of the ball upon winning it back.

Mata as 'Number 10' Has to Happen More 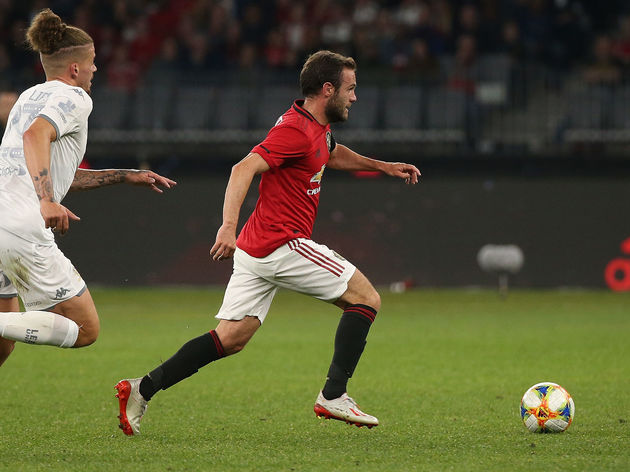 As a player once considered among the best 'number 10' playmakers in Europe, it is criminal that Juan Mata has played only sparingly in that central creative role since joining United in what was then a club record deal five and a half years ago.

But Solskjaer put him there in the first half against Leeds and it allowed the Spaniard, who isn't exactly blessed with pace, to make an impact with his vision and intelligence, rather than being something akin to a spare part stuck out on the right like in the past.

And having Mata in the middle also served to balance the whole team from an attacking point of view, with interchanging forwards Marcus Rashford, Mason Greenwood and new signing Daniel James ahead of him, and Pogba pulling the strings deeper.

The system remained the same in the second half when the whole team changed, with Tahith Chong, Angel Gomes, Jesse Lingard and Anthony Martial taking advantage of a tiring opponent. Andreas Pereira impressed upon taking over from Pogba as the deep-lying playmaker. Even when dominating possession against a weaker opponent, United looked at their best on the counter attack and it would not be a stretch to predict it will form a good portion of Solskjaer's attacking tactics in the forthcoming season - just as it did back in his own playing days.

Leeds may only be a Championship club, but the pace of Rashford, Greenwood and James in particular showed in the first half would give any team in the Premier League problems. On one occasion, James sprinted 40 metres past Leeds defenders to get himself into a scoring position and was unlucky to see his effort strike the post instead of nestle in the corner of the net.

Rashford's goal was the direct result of a counter attack started when Scott McTominay, not known for pace, won the ball on the edge of the United penalty and strode powerfully into the Leeds half, releasing Rashford to take on the remaining defenders and coolly finish.