Newcastle's pre-season woes continued as they were thumped 4-0 by a rampant Wolverhampton Wanderers side in the semi-final of the Premier League Asia Trophy in China.

Wolves opened the scoring in the 15th minute through Diogo Jota, who combined cleverly with Jonny before firing a shot past Karl Darlow, via a slight deflection.

They doubled their lead soon after, with England Under-21 international Morgan Gibbs-White sweeping home a second, before Jota scored again to cap off an exciting first half. ​Newcastle improved slightly in a second-half that's flow was disrupted by a flurry of substitutions, but could not prevent Wolves adding a fourth, courtesy of an embarrassing Thomas Allan own-goal.

​Oh dear, oh dear. Newcastle's performance will do little to improve the mood of their fans, following the massively unpopular ​announcement of Steve Bruce as manager just before kick-off.

The Magpies looked lethargic throughout the game, with a comedy of defensive errors allowing Wolves to storm into a first-half lead that they never relinquished. 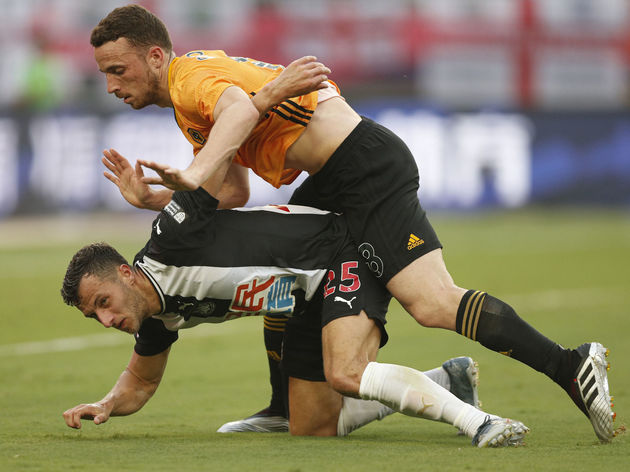 These defensive frailties will particularly worry Newcastle fans, as the solidity of their back-line had previously been considered their principal strength.

At the other end of the pitch, Newcastle were also underwhelming. Yoshinori Muto cut a withdrawn figure as their lone striker, as the Toon's need for offensive reinforcements was made abundantly clear.

9.30am: Steve Bruce is announced as new Newcastle United manager.

Nothing like getting off on the right foot. pic.twitter.com/PNybzNeKv5

It's only pre-season but Newcastle have just gone 3-0 to Wolves down after 39 minutes by conceding a goal that wouldn't look amiss on a Sunday league pitch.

STAR MAN - No one in a black and white shirt had a particularly impressive game, but the spirited efforts of Rolando Aarons after he came on in the second half will offer some solace to Newcastle fans. 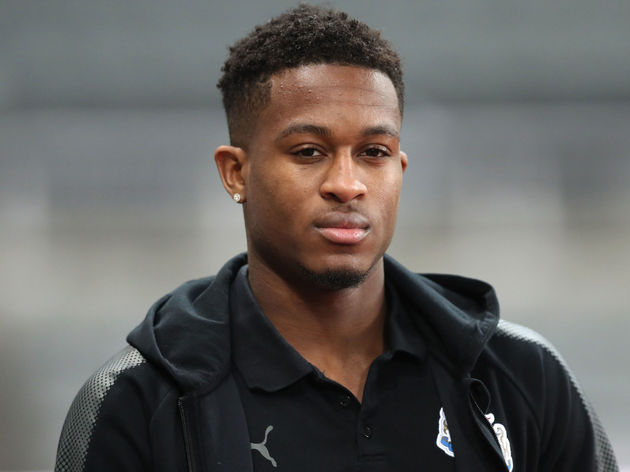 The Jamaican-born winger has failed to nail down a starting spot at St James' Park in recent years, spending the last two campaigns on loan at a string of clubs.

Against Wolves though Aarons was impressive, closing down his opposite number with enthusiasm and exciting the crowd with some weaving runs down the left-hand side.

​Wolves look raring to go for their inaugural Europa League fixture next Thursday, with the relentlessness of their wing-backs particularly impressing.  ​

Jonny racked up two assists, whilst Adama Traore's energetic display will have Matt Doherty concerned about his future as the Wanderers' starting right-wing back.

The other members of Wolves' back-line also produced eye-catching performances. The tried-and-tested centre-back trio of Ryan Bennett, Wily Boly and Conor Coady did not put a foot wrong, with all three showcasing their composure in very hot conditions.

STAR MAN: Whilst Wolves' wing-backs did play extremely well, the team's star man was Diogo Jota. The 22-year-old picked up where he left off during his excellent end to the 2018/2019 season, scoring two well-taken goals.

Jota's played in a slightly more advanced role, courtesy of Raul Jimenez' absence and led the line excellently, as well as linking up beautifully with Morgan Gibbs-White. Much has been written regarding Wolves' need to expand their thin squad, but if Jota can stay fit and continue to produce performances such as this, it may not be necessary.

Newcastle's first priority after this disastrous start to pre-season will​ be rendezvousing with their new manager Steve Bruce, before they face the loser of ​Man City v. ​West Ham in the third-place play-off game.

Wolves on the other hand progress to the final.