United in particular are believed to have had a £70m offer for Maguire turned down, while last weekend brought fresh speculation of an £80m bid, split into a £60m plus £20m package.

Reigning Premier League champions Manchester City are also thought to be keeping an eye on the situation as they look to replace departed club legend Vincent Kompany and there has been renewed gossip about interest from the Etihad Stadium this week. 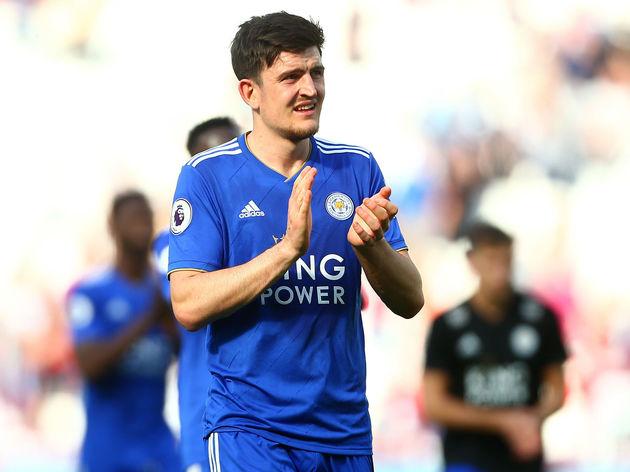 Leicester are believed to be holding out for up to £90m, a figure that would comfortably make Maguire the most expensive defender in history, surpassing the £75m Liverpool spent on Virgil van Dijk in 2018.

"The simplicity is that there is a valuation that hasn't been met yet and until that happens he is very much focused on being a Leicester player," Rodgers is quoted as saying by Sky Sports.

"It's pretty straightforward, he's a top class defender and we'd love him to stay but of course we understand when there is someone of that quality then there is always going to be interest.

"But all credit to him, how he's conducted himself has been absolutely superb - he hasn't shown anything but sheer professionalism throughout. There's obviously been a lot of speculation surrounding him but we're relaxed about it."

In further comments published by the Leicester Mercury, Rodgers added, "I respect and understand that if a team like Manchester United or Manchester City are interested.