Pogba has been heavily linked with Real Madrid and both he and agent Mino Raiola have publicly spoken a desire to move after three years with United. But the club are standing firm - the latest from ​Marca states they are holding out for The player in particular expressed hope of a 'new challenge', but Solskjaer is certain that Pogba will actually get that if he stays at a changing United.

"I've not been upset by anything he's said because we've had many conversations and I know exactly what Paul is thinking. I can give him a new challenge," the United boss told the Daily Mail.

The media have been keen to jump on anything that could be a sign Pogba is leaving, or at least angling for a move - the reporting on his 'glum' expression as he boarded the plane to Australia for United's pre-season tour earlier this month is one example. 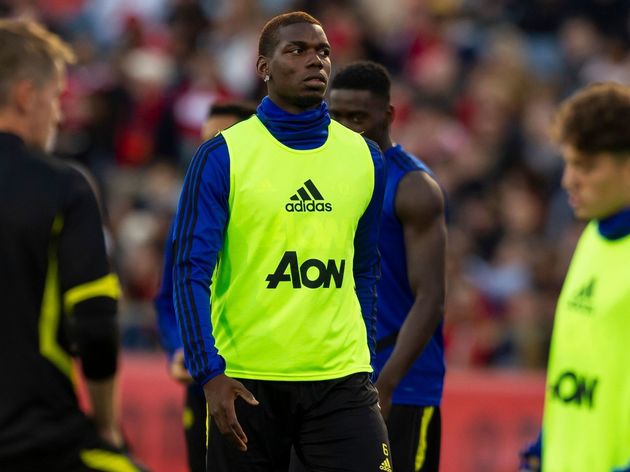 But, as far as Solskjaer is concerned, Pogba's attitude remains perfectly professional.

"I've said many times about Paul that he's a top, top boy and a great player and he's never, ever been a problem. When we get him playing as he did when I came in, and if we get him playing like that again, he will win you over," Solskjaer explained.

"I can't dive into all this and hypothetical questions and all that. But we've not had offers. I can say the same about whichever player. If we don't get an offer for a player we would have to pay them out for them not to be here, don't we, so we haven't had offers."

As for other comings and goings. United remain linked with central midfielders Sean Longstaff and Bruno Fernandes as they seek a replacement for the departed Ander Herrera, but Solskjaer is confident that Scott McTominay and Andreas Pereira will get more games in 2019/20.

And on Alexis Sanchez, who has failed to justify his enormous contract since joining United from Arsenal and has been linked with a move away, Solskjaer is planning for the season with him.

"At the moment, yes I am [planning for him to be here]," he explained. "I will have to help [Sanchez get back to his best]. I've just answered a question here that you can't spoon feed them.