​West Ham right back Pablo Zabaleta has announced the upcoming 2019/20 season will be his last as a professional footballer in English football.

However, despite now being 34 years of age, the former Argentina international is undecided on whether he will retire from the game entirely.

Having signed a one-year contract extension, keeping him at the London club for what will be his third season, Zabaleta discussed his future during a press conference in China. 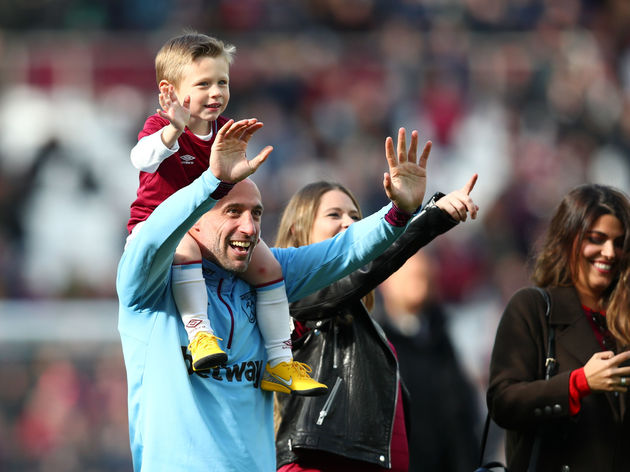 When asked about what he will do beyond next season, he replied as quoted by FourFourTwo: “I don’t know, honestly.

“The reason I am here is because I’m still enjoying my football and, of course, the manager was one of the reasons I chose to extend my contract.

“It’s always good to work with a manager you know very well from previous years working together, and also because I think I can still give 100 per cent for the team and use my experience. The full back spent nine years with current Premier League champions ​Manchester City, earning two top flight titles during his time there, and was reunited with former manager Manuel Pellegrini when the Argentine took charge at the London Stadium.

But despite confidence in his own fitness, Zabaleta understands he can only play at the top level for so long.

“This will definitely be my last season in England, for sure," he said. "This is something I know, but I don’t know in football, and I don’t think this is the right time to be thinking (about it) when we have a long season ahead." Nonetheless, ​West Ham's recent transfer business - particularly the sale of outcast defender Sam Byram to ​Norwich City - seems to suggest Zabaleta could still play a key part for his current side, with Ryan Fredericks being his only obvious competition for the right back spot.

But the 34-year-old hasn't been looking too far ahead, discussing the prospect of facing former club Manchester City this pre-season. He added: “It’s good to play against my former team and to see some of the City players I worked with before.

“Of course, I’ve got such great memories from my time at Manchester City and it’s a very good test for us to play against the champions of England.” Like Zabaleta, ​Jack Wilshere will too be looking to make an impact since making the move from ​Arsenal, with Pellegrini also touching on the matter.

Speaking on Wilshere, Zabaleta said: “Unfortunately for us, last season he couldn’t play too often because he had different injuries, but now he is working with no problem every day.

“With his quality, of course the team will change. He’s a technical player who will provide a lot of important passes for forwards in and around the opposition box, so I hope for him and for the team that he can play a full season.”