Newcastle vs Wolves: Where to Watch, Live Stream, Kick Off Time & Team News

Newcastle and Wolves face off in the Premier League Asia Trophy on Wednesday, marking the first game of pre-season for both clubs.

The teams have travelled to Shanghai for the tournament, with West Ham and Manchester City also taking part. Newcastle will be looking to find their feet after losing both their manager and their top goal scorers from last season, as they have yet to appoint a permanent manager or add any players to their roster. 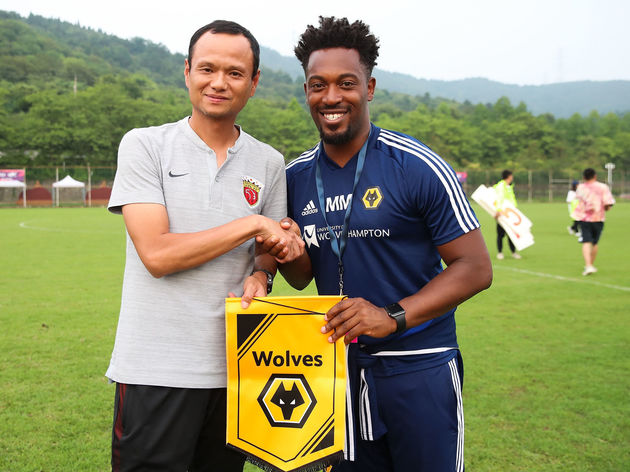 Wolves haven't seen any new names join their ranks so far either, but after their impressive run in the Premier League last season, keeping the current crop of players seems to have been the main priority for the Midlands club.

Check out 90min's preview for the clash below.

Wolves ​will have to line up without ​Newcastle will be without their top goalscorer from last season, Ayoze Perez, and will be looking to find goals elsewhere. The Magpies are still without Florian Lejeune, as he recovers from a serious knee injury from last season. DeAndre Yedlin and Sean Longstaff are back in training with the squad, but their fitness is being monitored closely.

Wolves have tallied an impressive 40 wins against Newcastle in the 96 games they've played against each other, with the Magpies only winning 32 and 24 games ending in a draw. Newcastle failed to beat Wolves last season, losing one game 2-1 and drawing the other 1-1.

The biggest scoreline between these two teams came in 1905, as Wolverhampton netted an impressive eight goals against a goal-less Newcastle side.

Finishing just outside the top-six last season, Wolves impressed after their promotion from the Championship. Winning three of their last five matches, Wolves will feel confident of getting a win against Newcastle on Wednesday. Though Wolves are without

With the future of the ​Newcastle squad and its management shrouded in uncertainty, it seems that pre-season has come all too soon. With the Magpies yet to replace Perez and Rondon, it looks unlikely that they'll get the better of ​Wolves.

Santo's season with Wolves was most clearly defined by his success against top-six teams, but he'll still favour his side to get the result against Newcastle. Though it's unlikely to be a high scoring game, Newcastle have nothing to lose and will look to prove to the fans that they can handle the pressure.