W90
WorldNews
Lists
Next Article
Jack Grealish or James Maddison: Assessing Who Should Start for England at Euro 2020

​Manchester United manager Ole Gunnar Solskjaer has confirmed that they will have to sell at least one centre-back this summer if they seal the £80m signing of Leicester City's Harry Maguire.

The 26-year-old has been linked all summer long with a move to the Red Devils, with neighbourhood rivals Manchester City also keen to snap up one of England's first choice central defenders. 90min understands that Maguire's move to United will happen, though an imminent announcement is unlikely. When he does join, he'll become the seventh senior centre-back in United's squad.

Solskjaer already has Victor Lindelof, ​Eric Bailly, ​Phil Jones, Chris Smalling, ​Marcos Rojo and Axel Tuanzebe at his disposal, and he told reporters (via the ​Daily Mail) that seven options would simply be too many.

"He has really proven he can play at that level and he's come back strong and focused. He did well in the first game here [against Perth Glory] and he's one of the exciting players I can't wait to see more of."

The manager often preferred the centre-back partnership of Jones and Smalling last season, whilst Lindelof was also a regular part of the side, so it appears unlikely that any would be sold this summer, despite links to ​Barcelona for the latter.

He did give opportunities to Bailly and Rojo towards the end of the campaign. already informed him 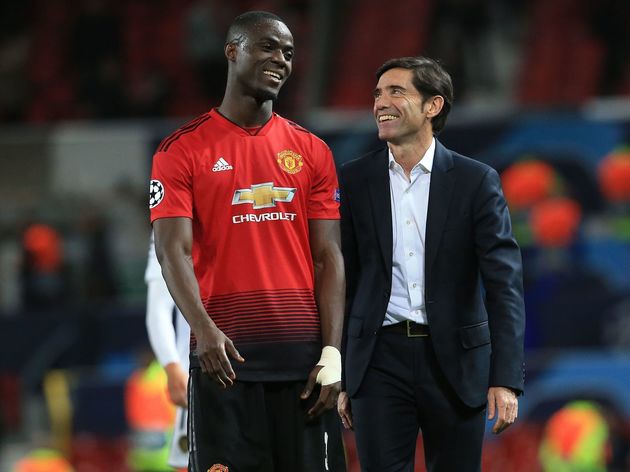 He was often omitted from United's matchday squad towards the end of the season and started just eight ​Premier League games all season. He appears completely out of favour at Old Trafford and, on paper, seems the most likely to be sold this summer.