Whilst most clubs have now begun their pre-season campaigns, it still doesn't quite do enough to fill the footballing void. But fear not, as we have rumours galore to get you through the tought times ahead.

There's plenty to whet your appetite as the two north London clubs continue their transfer window rivalry, while Newcastle are set to make their first signing of the summer.

Check out all of today's gossip below.

Otamendi Wants to Return to Valencia ​​Manchester City's defensive warrior Nicolas Otamendi is keen for a return to his former club Valencia and is happy to reject potential moves elsewhere in order to facilitate the move.

As reported by ​​Super Deporte, the Argentine favours a return to Valencia - the club he left in 2015, and a family member of the defender has told the Spanish publication that he "wants his children to grow up" in the Spanish city.

The deal itself will be a difficult one for the ​La Liga side to pull off, but such is Otamendi's desire to make it happen, they remain hopeful of luring him back. ​Fedor Chalov has attracted interest from a host of ​Premier League and other European clubs following the 21-year-old's fantastic season in the Russian Premier League in 2018/19.

​The Mirror report that ​Arsenal, ​Manchester United, ​Liverpool and ​Tottenham will compete with a host of major European clubs for the attacker's signature this summer, after he scored 15 goals in 30 games last season.

Chalov was the league's top scorer last year and is already being touted as the future of Russian football. In a stellar Europeancampaign, the forward grabbed widespread attention with goals against Arsenal and ​Real Madrid. 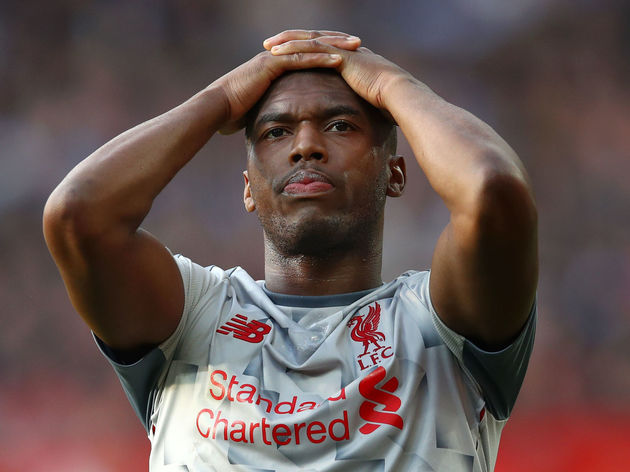 ​Daniel Sturridge struggled for regular first-team football at Liverpool under Jurgen Klopp and the Reds' refusal to offer him a new contract did not come as a huge surprise.

With his career currently in limbo, the ​Daily Express have reported that Sturridge has been offered a lifeline by ​Serie A side Bologna, who are looking to recruit the former ​Chelsea man on a free.

However, one sticking point with this deal would be the Englishman's wage demands, as he was believed to be earning around £120,000-a-week with the Merseysiders. Given the injury problems suffered by the striker in recent seasons, he may struggle to get a similar deal anywhere else. Not the busiest club so far in this summer transfer window, but ​Burnley looks set to make a double-swoop for Genk right-back Joakim Maehle and midfielder

As reported by ​The Sun, manager Sean Dyche is being pushed to sign Maehle by his scouts, who have returned from Belgium with glowing reviews of the young Dane.

His Ukranian teammate is also the subject of interest from the Clarets, with rumours suggesting they are lining up a £19m move for the pair. ​While the ​Magpies' search for a manager continues, they are wasting no time in recruiting players, as they look set to complete a deal for out-of-contract Chelsea youngster Kyle Scott.

The English-born midfielder has represented the USA at international youth level, but failed to make the breakthrough at Stamford Bridge after just one first-team appearance.

However, Scott remains highly rated within the game and ​Football Insider report that he will sign a three-year deal with Newcastle within the next 48 hours. ​​West Ham are targeting a move for Brentford striker Neal Maupay, as their search for a striker to replace Marko Arnautovic continues.

The east London side have been told they will need to bid in excess of £15m, as they look to fight off competition from ​Aston Villa, ​Sheffield United and ​Brighton. They have built up a rivalry on the pitch and now ​Crystal Palace and ​Brighton look set to compete off the pitch, as they both show an interest in Leeds United man Kemar Roofe.

The striker has just one year left on his deal at Elland Road, and ​Sky Sports report that the two Premier League sides head a queue of clubs interested in the ​Leeds man, who bagged 15 goals last season.

The 26-year-old has also been in talks to extend his deal at the Yorkshire club, but with the prospect of a move to the top-flight, Leeds may struggle to convince Roofe to stay. In response, Unai Emery is looking to give Spurs a taste of their own medicine, as the Gunners prepare to compete with their rivals for the signing of Nicolo Zaniolo, who has also been linked with a move to ​Juventus.

The ​Daily Express report that Arsenal are prepared to match any offer on the table for the Roma midfielder, as they look to boost their options in the centre of the park following the loss of Aaron Ramsey to Juve.